The three -- Aijaz Maqbool Ganai, Ather Mushtaq and Zubair -- were killed during an encounter with the security forces on Wednesday. 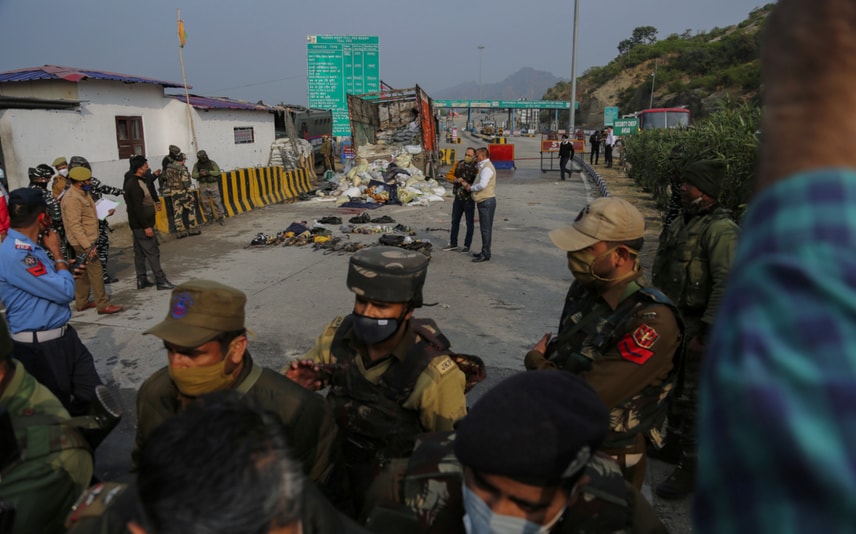 Srinagar: The Jammu and Kashmir Police on Friday maintained that the three persons killed in an encounter in Srinagar city's Lawaypora area had terrorist connections, and refuted the claims of the family members of one of those killed that he had gone to the university to fill a form.

The three -- Aijaz Maqbool Ganai, Ather Mushtaq and Zubair -- were killed during an encounter with the security forces on Wednesday.

According to the police statement, the Lawaypora-Srinagar encounter started after army inputs and eventually turned into a joint operation by the Army, CRPF and the Police.

The police said after a cordon was laid, terrorists lobbed grenades from inside and fired at the search party. Police said as per the SOP, the terrorists were repeatedly asked by the troops to surrender in the evening and again in the morning. However, instead of surrendering, they fired upon the troops and eventually got neutralised in the gunfight.

"In so far as claims of the parents that Aijaz Maqbool Ganai went to the university to fill up a form is concerned, the same was verified and cross checked through modern techniques, including records of the telecom department. Contrary to the claims, the verified digital evidence revealed and corroborated that Aijaz and Ather had gone to Hyderpora and from there to the place of the occurrence only," the police statement said.

The statement added that Zubair had first gone to Pulwama, then to Anantnag, Shopian, Pulwama and finally to the place of the occurrence.

"Background check also reveals that Aijaz and Ather Mustaq, both OGWs (Overground workers) variously provided logistic support to the terrorists. Antecedents and verifications too show that both were radically inclined and had aided terrorists of LeT (now so-called TRF) outfit," the police statement said.

The statement said that one of the OGW, presently in police custody, has also corroborated Aijaz's association with LeT terrorist Faisal Mustaq Baba who was killed in a Meej (Pampore) encounter in June last year. Ather was a relative and OGW of Hizbul Mujahideen top commander Rayees Kachroo, who was killed in 2017.

"Nevertheless police are investigating into the case from all possible angles," the statement added.

After the encounter, the families of those killed assembled in Srinagar and staged a protest claiming that their sons were not militants.