The PSLV rocket, carrying the 365 kg DS-EO as its primary passenger and the 155 kg NeuSAR and the 2.8 kg Scoob-1 of Nanyang Technological University (NTU), Singapore as co-passengers, blasted off from the second launch pad at Satish Dhawan Space Centre (SDSC) here at 6.02 p.m. 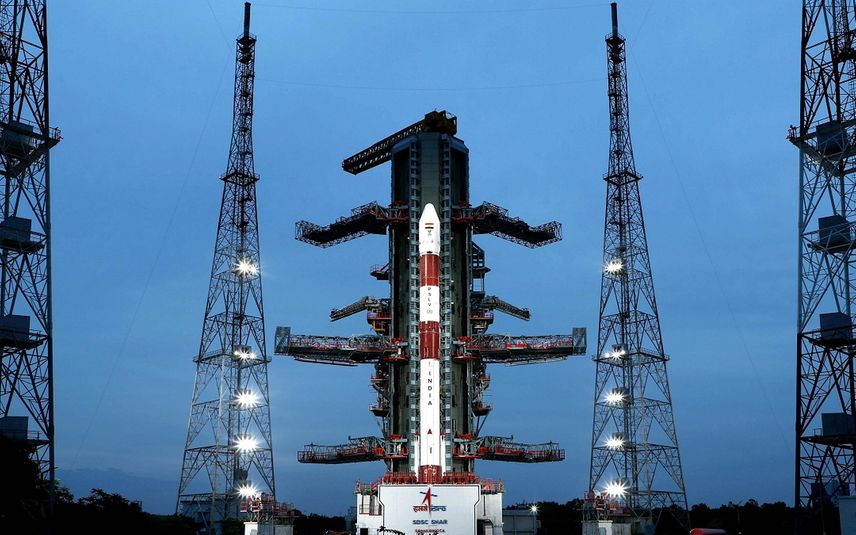 The PSLV rocket, carrying the 365 kg DS-EO as its primary passenger and the 155 kg NeuSAR and the 2.8 kg Scoob-1 of Nanyang Technological University (NTU), Singapore as co-passengers, blasted off from the second launch pad at Satish Dhawan Space Centre (SDSC) here at 6.02 p.m.

If the launch is successful, the PSLV rocket would have launched 345 foreign satellites belonging to 36 countries since 1999.

The Indian space agency, Indian Space Research Organisation (ISRO) will also use the rocket's fourth and final stage (PS4) as an orbital platform for six payloads, including two from Indian space start-ups, Digantara and Dhruva Aerospace.

The mission proposes to demonstrate the utilisation of the spent upper stage of the launch vehicle as a stabilised platform for scientific payloads, subsequent to the separation of the satellites.

The PSLV is a four stage/engine expendable rocket powered by solid (first and third stages) and liquid (second and fourth stages) fuels alternatively.

The rocket that flew on Thursday was the 55th mission of PSLV and 15th mission using the PSLV-Core Alone variant.

In its normal configuration, the PSLV rocket will have six strap-on motors hugging its first stage.

In the Core Alone variant of PSLV, the six strap-on motors will not be there as the payload weight is less.

The Indian space agency has PSLV variants - PSLV-DL with two and PSLV-QL with four strap-on motors and PSLV-XL with bigger booster motors.

According to the ISRO, the DS-EO satellite carries an electro-Optic, multi-spectral payload that will provide full colour images for land classification, and serves Humanitarian Assistance and Disaster Relief needs.

The NeuSAR is Singapore's first small commercial satellite carrying a synthetic aperture radar (SAR) payload, which is capable of providing images in day and night and under all weather conditions.

On the other hand, the SCOOB-I satellite is the first satellite in the Student Satellite Series (S3-I), a hands-on student training programme from the Satellite Research Centre (SaRC) at Singapore's NTU School of Electrical and Electronic Engineering.

It is the first time that the PS4 stage would orbit the earth as a stabilised platform with a dedicated Navigation Guidance and Control system.

According to ISRO, the POEM will be powered by the solar panels mounted around the PS4 tank and a lithium ion battery.

The ISRO had earlier conducted experiments in space using the PSLV's final stage as an orbital platform.