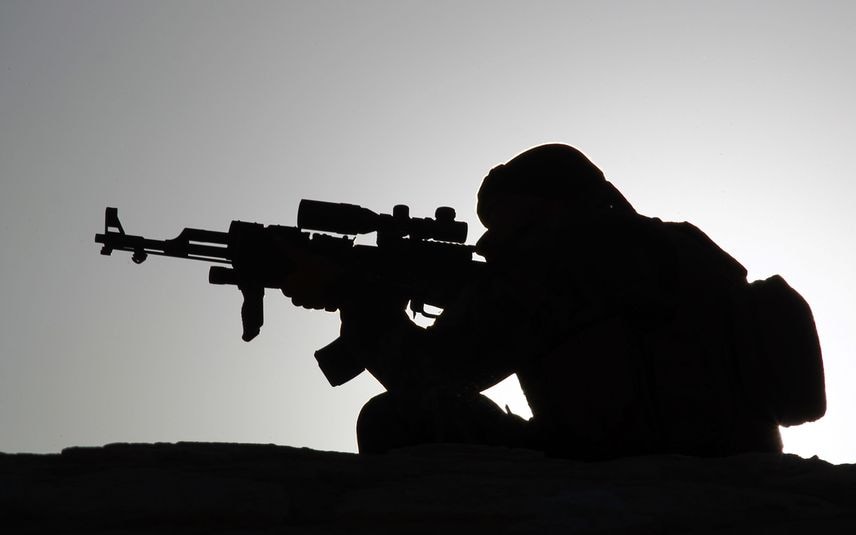 New Delhi: In its ongoing efforts to stem the spread of criminal-terror nexus in Delhi-NCR from the border state of Punjab, the Counter Intelligence unit of Special Cell in Delhi busted an ISI-backed terror module and arrested four sharpshooters of the Landa Harike - Harvinder Rinda gang.

Tinu Haryana is one of the main accused in the murder of Punjabi singer Sidhu Moosewala and fled from the custody of Punjab police on the night of October 1-2, 2022. Earlier in 2017 also, Deepak, who faces several cases including murder and extortion in various States, had escaped from police custody before being arrested from Bengaluru, Karnataka. He belongs to the Lawrence Bishnoi - Goldy Brar alliance.

Punjab Police special cell widening the ambit of searches for the dangerous cargos being dropped at their instance through drones flying over the Indo-Pak border, arrested Deepak Tinu with a portion of the drone-delivered consignment from Pakistan.

Overall, drone delivered five Chinese HE Grenades, one AK-47, one MP-5, and nine semi-automatic pistols recovered from the operation.

Arrested Lakhwinder Singh has previous involvements of an attempt to murder, car-jacking, robbery, firing for gain, etc., and has been on-and-off in jails since 2016. During one of his jail terms, he joined hands with the Davinder Bambiha gang and became its important member. Lakhwinder had been eying the turf of a rival gangster Surjit Singh Kooner. In February 2021, Surjit Singh Kooner along with his associates mounted a daring attack on the residence of Lakhwinder Singh alias Matru. Both sides started firing at each other and, in this crossfire, Surjit Singh Kooner was killed at the hands of Lakhwinder and his brothers. Lakhwinder had obtained a passport on a fictitious identity and was waiting for an opportune moment to leave India to be able to join his foreign-based fugitive associates before he was apprehended.

Gurjeet alias Guri was running wanted in murder cases. In June 2022, Guri and his associates, at the behest of Lakhbir Singh alias Landa had shot dead one Lovepreet Singh and injured another, both members of the rival criminal syndicate of jailed gangster Jaggu Bhagwanpuria, outside a college in Amritsar, Punjab. In September 2022, Lakhbir Singh alias Landa had tasked Guri and the CCL, apprehended for his role in the RPG attack in Mohali, Punjab, to eliminate some rivals who were to be targeted while travelling in a car in the Makhu district of Punjab. Guri launched a ferocious armed attack; however, the car's occupants retaliated with crossfire and managed to escape after sustaining gunshot wounds.

Accused Harmender has been a major coordinator and receiver of drone-dropped consignments close to the Indo-Pak border at the instance of Harvinder Singh alias Rinda. He is also a sharpshooter of Lakhbir Singh alias Landa and was involved in the shootout in Makhu.

Sukha is a close associate of local gangster Pattu of Punjab's Ferozepur, through whom he got connected with fugitive gangster Lakhbir Singh alias Landa. Sukha along with Harmender manages drone deliveries and weapons/explosive dumps in border Districts of Punjab. Besides this, he was running wanted in a case of attempt to murder.

Following up on the leads that emerged from his interrogations, on October 13, the movements of Gurjeet were established near ISBT Kashmiri Gate, Delhi, and in a swift professional move, he was apprehended. Accused Gurjeet revealed that Harmender and Sukhdev were overseeing a major chunk of cross-border operations for the Landa-Rinda gang. The team's concentrated efforts and technical surveillance led to the hideouts of these new targets in Moga, Punjab, from where these two were apprehended.

Sustained interrogations' of the so far arrested persons led to the finding that recently, several drone droppings were coordinated by Harmender and Sukha and only a portion of the drone-dropped AKs, MP-5s, HE Grenades and Star/Beretta pistols have been recovered and seized by Delhi or Punjab or Haryana Police forces in several operations.

The end objectives of both Rinda and Landa are to execute the tasks which may lead to a resurgence of terrorism in Punjab, for which ISI is backing them with Chinese HE Grenades, AK-47 and MP-5 rifles and loads of ex-China Army stock Star Pistols, informed the police on Friday.

The greater conspiracy of ISI and ISI-backed terrorists Rinda and Landa is to create unrest among Indian masses on religious and communal lines.

Further investigation of the cases is in progress. (ANI)