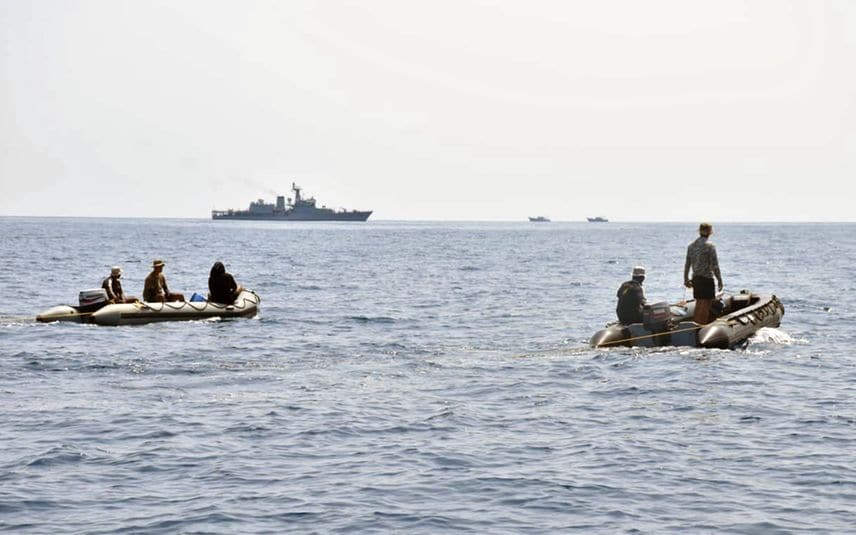 Devbhumi Dwarka: A fisherman from Maharashtra was killed and a crew member of his boat injured in firing by the Pakistan Maritime Security Agency (PMSA) personnel near international maritime boundary line in the Arabian sea off Gujarat coast, a police official said on Sunday.

The incident occurred around 4 pm on Saturday, he said.

"A fisherman from Maharashtra, who was on a fishing boat 'Jalpari,' was killed after the PMSA personnel opened fire on him and other crew members on Saturday evening," Devbhumi Dwarka Superintendent of Police Sunil Joshi said.

There were a total of seven crew members on the boat, he said, adding that one of them alo sustained a minor injury in the firing incident.

The body of the deceased fisherman, Sridhar Ramesh Chamre (32), was brought to Okha port on Sunday and an FIR was being registered by the Porbandar district's Navi Bandar police, which has jurisdiction across Gujarat over any incident that occurs beyond 12 nautical miles in the Arabian sea, he added.

"Chamre was on the fishing boat 'Jalpari', which had sailed from Okha on October 25 with seven crew members, five of whom from Gujarat and two from Maharashtra," Joshi said.

The fishing boat was registered at Veraval in Gir Somnath district of Gujarat, he said.

Meanwhile, a pall of gloom descended on Chamre's native Vadrai village in Palghar district of Maharashtra, after the local residents learnt about his death.

Chamre was in the cabin of the boat when he was hit by bullets, said Jayantibhai Rathod, the owner of the fishing boat.

"Three bullets hit him on the chest, following which he died. The captain of the boat was also injured in the indiscriminate firing by the Pakistani personnel," Rathod told some media persons after being contacted.

The deceased had been working on the fishing boat since the last three months at Diu Daman, he added.

Chamre's body is likely to reach Vadrai village in a couple of days, he said.

Meanwhile, the residents of Vadrai said that if at all the boat had entered the Pakistan waters, the crew members could have been held captive by the neighbouring country instead of being fired upon.

DGCA fines Air India Rs 10 lakh for not reporting 2 other incidents of ...