Intense heat wave to persist in Delhi for next 2 days; temperatures may drop below 40 C after May 2 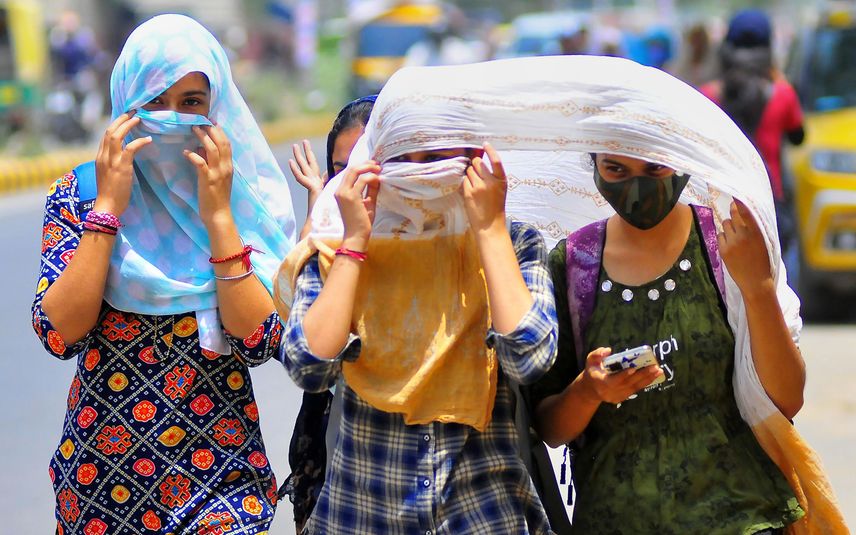 New Delhi: National capital Delhi on Friday continued to sizzle with temperatures expected to touch 46 degree Celsius, according to the India Meterological Department (IMD), as the city grapples with an intense heat wave with little relief in sight at least for the next two days.

However, after May 2 there is a likelihood of a drop in temperature with the advancing western disturbance which is predicted to bring rain and thunderstorms, forecast the Met Department.

The national capital along with parts of western Rajasthan, Punjab, Haryana, western Uttar Pradesh, Madhya Pradesh and Jharkhand have been experiencing severe hot weather this month of April.

Tomorrow, (April 30) isolated places in the national capital area, along with parts of Punjab, Haryana, Chandigarh Uttar Pradesh and East Rajasthan are likely, according to a bulletin by the IMD at 12:45 pm today.

"Today's temperature in Delhi may rise by 0.5-1 degrees and touch 46°C at some stations. Some stations in Haryana may record temperatures over 46°C. Peak temperature today will be in Haryana, Delhi, Madhya Pradesh and western Uttar Pradesh: RK Jenamani, senior scientist, IMD.

The official said a 'Yellow' warning has been issued for three days from April 29 to May 1 for Delhi and areas in western Rajasthan, Punjab, Haryana western UP, Madhya Pradesh and Jharkhand. From May 2 the advancing Western Disturbance can bring in likely thunderstorm and rain the senior IMD official said.

"So, the temperature from May 2 to May 4 will be between 36 degrees to 39 degrees Celsius," Jenamani said.

On April 30, a duststorm at isolated places very likely over Punjab, Haryana-Chandigarh-Delhi, Uttar Pradesh and East Rajasthan, the IMD said .

A heatwave in the plains is declared when the maximum temperature is over 40 degree Celsius and at least 4.5 degrees above normal and at least 30 degree Celsuius or more for hilly regions. A yellow alert is issued when the heat wave conditions at isolated pockets persists on two days.

Heat wave could lead to moderate health concern for vulnerable people e.g. infants, elderly, people with chronic diseases Increased likelihood of heat illness symptoms in people who are either exposed to sun for a prolonged period or doing heavy work.

Experts advised people to avoid heat exposure, keep cool and avoid dehydration. They have advisesd to drink sufficient water, even if not thirsty,avoid heat exposure, wear lightweight, light-colored, loose, cotton clothes and to cover the head by use of cloth, hat or umbrella etc.

On Thursday, the IMD had issued an orange alert for five states of northwestern India including Rajasthan, Delhi, Haryana, Uttar Pradesh, and Odisha.

Hot day in Delhi as mercury soars to 43.9 degrees C