The aircraft carrier set off on its maiden sea trials, 50 years after its namesake played a major role in the 1971 war. 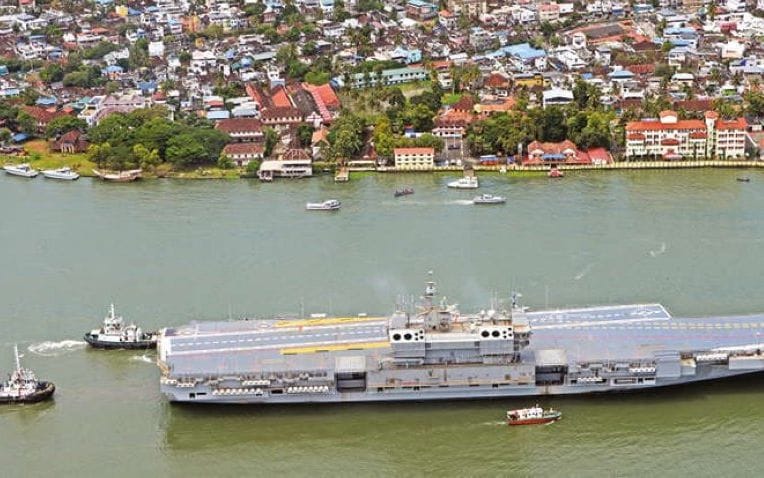 Kochi: India's first indigenous aircraft carrier (IAC) Vikrant, the largest and most complex warship to be built in the country, began its sea trials on Wednesday, in a major milestone ahead of its planned induction into the Indian Navy by August next year.

The launch of the sea trials of the 40,000-tonne warship, built at a cost of around Rs 23,000 crore, has been described by the Navy as "historic" as it propelled India into a select group of countries having capabilities to build state-of-the-art aircraft carriers.

The warship, which will operate MiG-29K fighter jets, Kamov-31 helicopters, MH-60R multi-role helicopters, has over 2,300 compartments, designed for a crew of around 1700 people, including specialised cabins to accommodate women officers.

Prime Minister Narendra Modi congratulated the Indian Navy and the Cochin Shipyard Limited (CSL), the manufacturer of the aircraft carrier, on the maiden sea sortie by the warship and described it as a "historic milestone".

"The Indigenous Aircraft Carrier 'Vikrant', designed by Indian Navy's Design Team and built by @cslcochin, undertook its maiden sea sortie today. A wonderful example of @makeinindia. Congratulations to @indiannavy and @cslcochin on this historic milestone," he tweeted.

The aircraft carrier set off on its maiden sea trials, 50 years after its namesake played a major role in the 1971 war.

Defence Minister Rajnath Singh said the construction of the aircraft carrier is a "shining example" in the nation's quest for 'AtmaNirbhar Bharat' and 'Make in India Initiative'.

The aircraft carrier, with more than 76 per cent indigenous components, is expected to be commissioned into the Indian Navy by August next year after it completes the aviation trials, officials said.

"It is a proud and historic day for India as the reincarnated Vikrant (IAC) sails for her maiden sea trials today in the 50th year of her illustrious predecessor's key role in the victory in the 1971 war," Indian Navy spokesperson Commander Vivek Madhwal said.

He said it is the largest and most complex warship ever to be designed and built in India.

"The ship has been designed with a very high degree of automation for machinery operation, ship navigation and survivability. 'Vikrant' has a top speed of around 28 knots and cruising speed of 18 knots with an endurance of about 7,500 nautical miles. The ship can accommodate an assortment of fixed-wing and rotary aircraft," the Navy said in a statement.

"Most of the ship construction activities have been completed and the ship has entered the trials phase. Readiness of ship's propulsion and power generation equipment/systems was tested in harbour as part of basin trials in Nov 20," the Navy said.

Around 550 Indian firms including about 100 MSMEs are registered with the Cochin Shipyard Limited(CSL) and they provided various services for the construction of the IAC, Commander Madhwal said.

India currently has only one aircraft carrier -- INS Vikramaditya.

The Indian Navy has been focusing on significantly bolstering its overall capabilities in view of China's growing efforts to increase its military presence in the Indian Ocean Region.

The Indian Ocean, considered the backyard of the Indian Navy, is critical to the country's strategic interests.

Murder of democracy: Cong after MPs detained over protests against 'misuse' ...