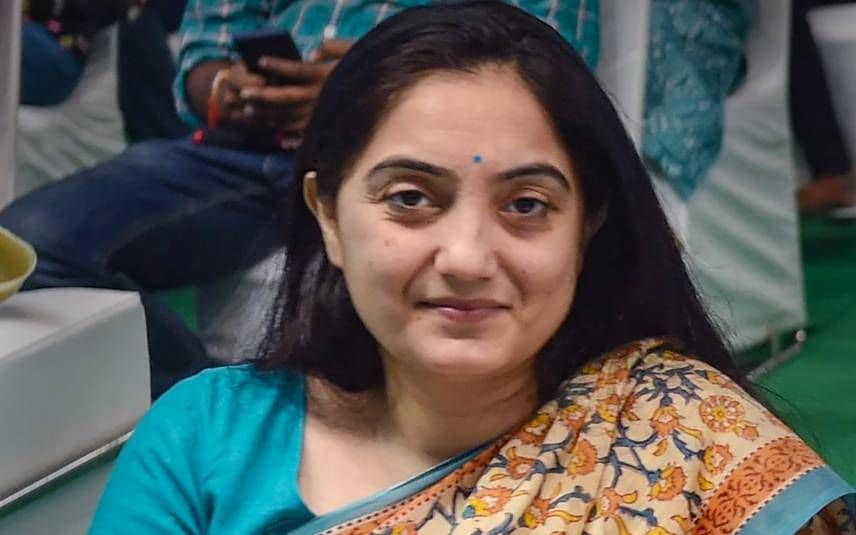 Dubai: Indonesia, Saudi Arabia, the UAE, Jordan, Bahrain and Afghanistan on Monday joined several Muslim nations to condemn the controversial remarks of a BJP leader against Prophet Mohammad, stressing the importance of respecting all religious beliefs.

In a statement, Saudi Arabia's foreign affairs ministry expressed its condemnation and denunciation of the statements made by the BJP spokesperson, saying it insulted Prophet Mohammad.

It also rejected anything that gives rise to prejudice against "all religious figures and symbols."

While welcoming the measures taken by the BJP to suspend the spokeswoman, the ministry reaffirmed the "Kingdom's position calling for respect for beliefs and religions".

In a separate statement, the General Presidency for the Affairs of the Grand Mosque in Mecca and the Prophet's Mosque in Medina on Monday condemned the "insulting statements" made by the spokesperson of the BJP against the Prophet.

Indonesia, the most populous Muslim nation in the world, also strongly condemned what it called "unacceptable derogatory remarks" against the Prophet by two Indian politicians.

"This message has been conveyed to Indian Ambassador in Jakarta," the Indonesian Foreign Ministry tweeted.

The United Arab Emirates also condemned the controversial statements, expressing its denunciation and rejection of insulting the Prophet.

In a statement, the Ministry of Foreign Affairs and International Cooperation (MoFAIC) affirmed the UAE's firm rejection of all practices and behaviours that contradict moral and human values ??and principles.

The ministry called for the necessity of respecting religious symbols and not violating them, confronting hate speech and violence and strengthening the joint international responsibility to spread the values ??of tolerance and human coexistence, and to prevent any practices that would inflame the religious feelings of followers of different religions.

Jordan also "condemned in the strongest terms" the offensive remarks of the BJP leader, who has been suspended from party's primary membership.

In New Delhi, the BJP on Sunday suspended its national spokesperson Nupur Sharma and expelled its Delhi media head Naveen Kumar Jindal after their controversial remarks against the Prophet.

Amid protests by Muslim groups over the remarks, the party also issued a statement aimed at assuaging the concerns of minorities and distancing itself from these members, asserting that it respects all religions and strongly denounces the insult of any religious personality.

Bahrain's foreign affairs ministry welcomed the decision of the BJP to suspend the party's spokeswoman, stressing "the need to denounce any reprehensible insults against the Prophet Muhammad PBUH, as a provocation to Muslims' feelings and incitement to religious hatred."

The ministry in a statement stressed "the importance of respecting all religious beliefs, symbols, and personalities, and the concerted efforts of the international community to spread the values of moderation, tolerance, and dialogue between religions and civilizations, and to confront extremist ideas that feed sedition and religious, sectarian, or racial hatred."

"The Islamic Emirate of Afghanistan strongly condemns the use of derogatory words against the Prophet of Islam (Peace be upon him) by an official of the ruling party in India," the agency quoted government Spokesperson Zabihullah Mujahid as saying in a tweet.

"We urge the Indian government not to allow such fanatics to insult the holy religion of Islam and provoke the feelings of Muslims," he said.

The Secretary General of the Gulf Cooperation Council (GCC), Nayef Falah M Al Hajraf, also condemned, rejected and denounced the statements made by the spokesperson of the BJP against the Prophet.

The Secretary-General affirmed his categorical rejection of prejudicing all the prophets and apostles as well as personalities and religious symbols, stressing the position that rejects provocation, targeting or underestimating beliefs and religions, the Council said in a brief statement.

The GCC is a regional, intergovernmental, political, and economic union that consists of Bahrain, Kuwait, Oman, Qatar, Saudi Arabia, and the United Arab Emirates. Millions of Indians work in GCC countries.

The 57-member Organisation of Islamic Cooperation strongly condemned and denounced the recent denigration of the Prophet by the BJP leader. It also urged the UN to take necessary measures to ensure that the rights of Muslims are protected in India.

Qatar, Iran and Kuwait on Sunday summoned India's Ambassadors and the key Gulf nations expressed their strong protest and condemnation of the controversial remarks of a BJP leader against Prophet Mohammad.

Pakistan said on Monday that it has summoned the Indian chargé d'affaires to convey its categorical rejection and condemnation of the controversial remarks.

Seeking to defuse a diplomatic row, spokespersons of the Indian Embassy in Qatar and Kuwait said on Sunday that the Ambassadors "conveyed that the tweets do not, in any manner, reflect the views of the Government of India. These are the views of fringe elements."

The controversial remarks also sparked a Twitter trend in the Arab world calling for a boycott of Indian products.