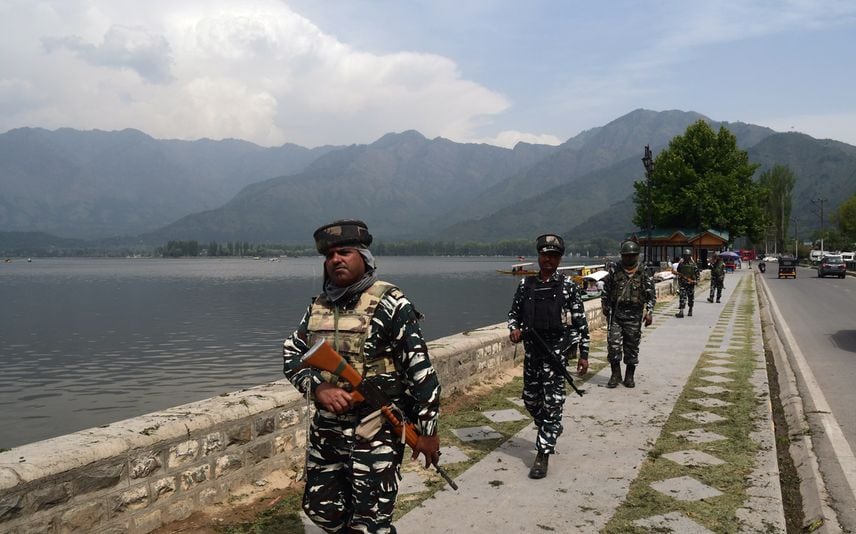 Jammu: A top army official on Tuesday said that Indian troops are fully alert along the Line of Control (LoC) to foil any infiltration bid, asserting that terror camps are still operational across the border.

"Our troops deployed on the LoC are fully alert. If any infiltration bid is made by the enemy, we will foil them 100 per cent," the General Officer Commanding (GOC) 16 Corps, Lt General Manjinder Singh, told reporters in Reasi on the sidelines of the unveiling of a sports calendar for 2022-2023.

The calendar has been jointly prepared by the Indian Army and the Jammu and Kashmir Sports Council in Reasi.

Lt Gen Singh further said that terrorist camps already existed across the border and they are still operational. "Their number increases and decreases depending upon the season", he added.

Replying to a question about the sports activity being launched by the 16 Corps, he said that in keeping with the spirit of ‘Azadi Ka Amrit Mahotsav' and the ‘Fit India Campaign', the sports calendar will provide an opportunity to the promising sportspersons, especially those from the remote areas of the region, to get recognition and achieve greater laurels for the Union Territory.

"The Indian Army has always promoted sports and would continue to do so in future as well," he said.