The deployment, perhaps one of the biggest in the recent years, comes at a time when India and China are locked in a hitherto unprecedented standoff - for eight weeks now - at multiple points along their border. 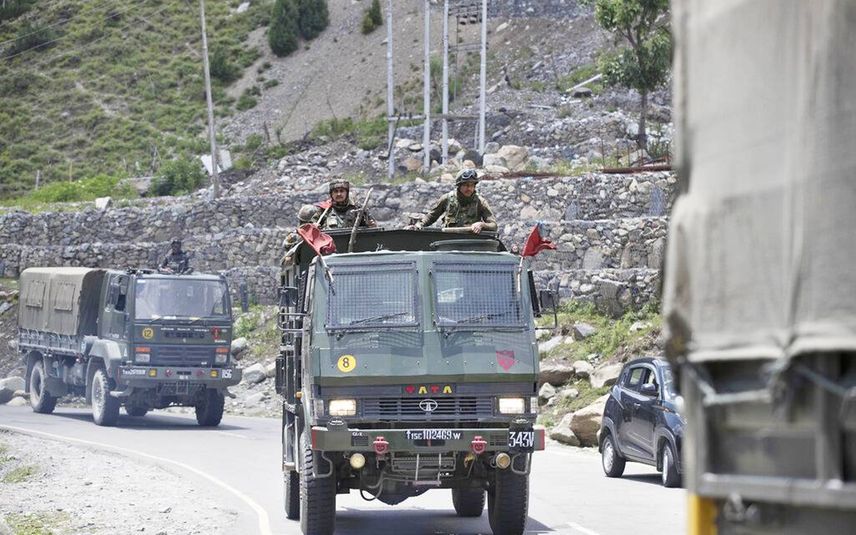 New Delhi: The Indian military is amassing more men and material as a precautionary deployment along the 3,488-km-long disputed border with China.

The deployment, perhaps one of the biggest in the recent years, comes at a time when India and China are locked in a hitherto unprecedented standoff - for eight weeks now - at multiple points along their border.

Sources said that Indian Army has deployed three more divisions in eastern Ladakh region to bolster its position on the Line of Actual Control.

Apart from tanks and artillery, the Army has deployed their advanced very quick-reaction surface-to-air missile defence systems, including Akash missiles which have the capacity to take down very combat aircraft and drones.

It was stated that four weeks ago an important division had started acclimatising for high-altitude warfare and two weeks later, parts of it were deployed at the 18,000-foot-high Depsang plains, a plateau located north of the Galwan valley. Similarly, reserve forces have been moved to forward locations to match up the Chinese deployments.

Asked whether it is full deployment, a senior Indian Army officer said: "It is a mirror deployment."

In a separate domain, the Indian Navy and the Indian Air Force are also on full operational alert. The IAF has deployed a number of SAGW systems to Ladakh.

The movement of additional men and material to the border comes when talks between military commanders at the Chushul-Moldo in Ladakh have ended in a stalemate.

The situation at the four flash points -- Galwan Valley, Hot Springs, Depsang and Pangong Lake -- in eastern Ladakh is tense. At Pangong Lake, Chinese troops have moved upto Finger 4 where they have brought over 120 vehicles and dozens of boats.

The Chinese Army has also opened up a new front in the area near the Depsang Bulge, north of Galwan. They have built camps and deployed vehicles and troops.

In response, the Indian Army has also upped the deployment in these positions.

Chinese People's Liberation Army troops have even returned to Patrolling Post 14 in Galwan Valley where the barbaric June 15 attack, in which 20 Indian soldiers were killed, occurred. The clash was on the south bank of Galwan river, which flows in an east-west direction before its confluence with Shyok river.

The killing of the 20 soldiers became the first fatalities faced by the Indian Army in a clash with the PLA since 1975 when an Indian patrol was ambushed in Arunachal Pradesh.

The Indian Army said that its soldiers went to the spot where the clashes happened without any animosity to check if the de-escalation agreement was being followed as promised and were displaying friendly gestures to the Chinese side when they were attacked. "It was the deadliest attack carried on Indian Army personnel by the Chinese military personnel to our memory," a government source said.