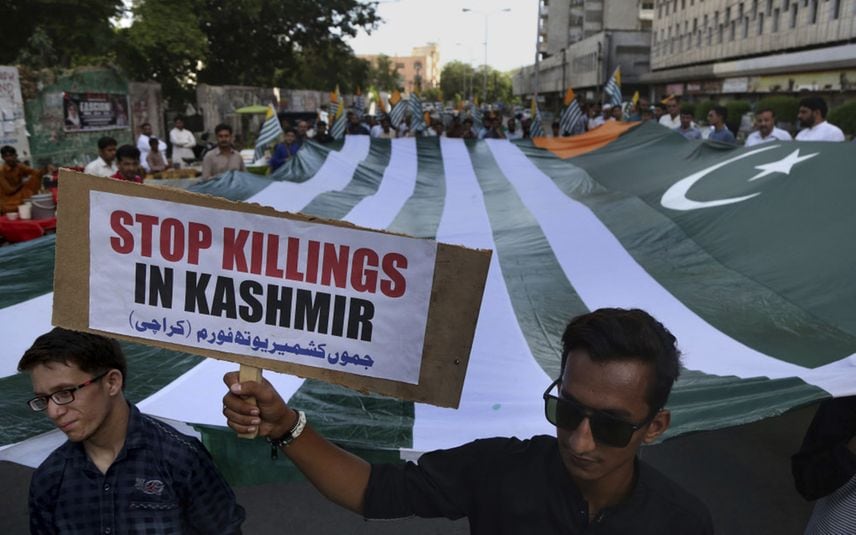 New Delhi: India on Saturday summoned the Charge d'Affaires of the Pakistan High Commission to lodge a strong protest over unprovoked ceasefire violation in Jammu and Kashmir on the festive occasion of Diwali.

In a statement, the Ministry of External Affairs said, "The Charge d'Affaires of the High Commission of Pakistan was summoned by the Ministry of External Affairs today and a strong protest was lodged over unprovoked ceasefire violations by Pakistani forces, on multiple sectors along the Line of Control (LoC) in Jammu and Kashmir on 13 November 2020, resulting in the death of four innocent civilians and serious injuries to 19 others".

"It is highly deplorable that Pakistan chose a festive occasion in India to disrupt peace and perpetrate violence in J&K through coordinated firing along the length of the LoC using heavy caliber weapons, including artillery and mortar on Indian civilians," the statement by India said.

India also strongly protested Pakistan's continued support to cross border terrorist infiltration into India, including through supporting cover fire provided by Pakistan forces. Pakistan was once again reminded of its bilateral commitment to not allow any territory under its control to be used for terrorism against India in any manner.