The chief further pointed out that there is no question that China can get the better of India in any conflict scenario. He also said that the force is fully prepared to take on any adversary. 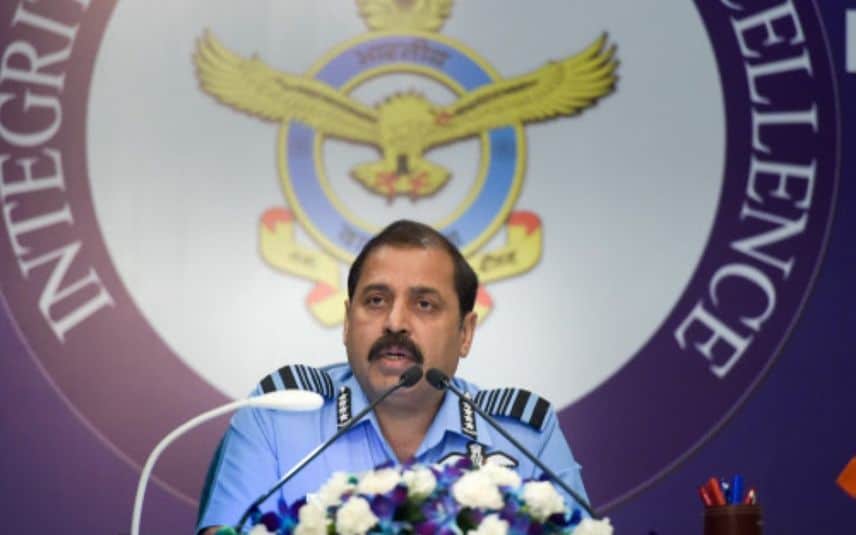 The Air Force chief said that the next three months will depend on how talks between Indian and China progress. "Current progress is slow, what we see is [an] effort to dig in for the winter. We are taking action accordingly. Our further action will depend on the ground realities," Bhadauria said.

He also said that India realised in May that the border situation was unlike normal times. Chinese troops generally exercise at this time of the year. "We never expected them to move towards the border. But both the Indian Army and the IAF responded quickly and in record time," he said.

The chief further pointed out that there is no question that China can get the better of India in any conflict scenario. He also said that the force is fully prepared to take on any adversary.

"We have deployed strongly in Eastern Ladakh. Under no circumstances can the Chinese get the better of us," he said during the annual press conference in Delhi.

Bhadauria also said that there was no moment where the force came close to an air strike in the last five months of stand-off with China. He, however, said the force was fully prepared.

He said that the force's immediate offensive deployment of combat ready units in response to the stand-off along the LAC in the North is indicative of the operational state today. "We are determined to handle any contingency - undoubtedly our capability and intent would deter," said Bhadauria adding, "Our airlift capability was also brought into focus as we supported the Indian Army in rapid mobilisation of troops and equipment to operational area at a pace which our adversary didn't expect."

Bhadauria also pointed out that so far there is no indication of any collusive threat from China and Pakistan.

In response to American deployment in the South China Sea, "We will have to fight our own wars. No one else will fight it for us."

Talking about threats, Bhadauria said that the IAF is transforming at a rapid pace and over the years and has grown from being a tactical force to a strategic one with trans-oceanic reach.

Bhadauria said that the matrix of threat is complex, ranging from aspirational adversaries with huge investments in military arsenal, to those collusively fronted by non-state actors, apart from sub-conventional threats emanating from terrorism and cyberspace.

"Disruptive technologies and low-cost options like drones are making the threat picture even more complex, particularly in the sub-conventional domain," he said.

He pointed out that the emerging security scenario in the neighbourhood and beyond mandates a need to have a robust capability to fight across the entire spectrum of warfare.