Sindhu India's pride, one of our most outstanding Olympians: PM Modi 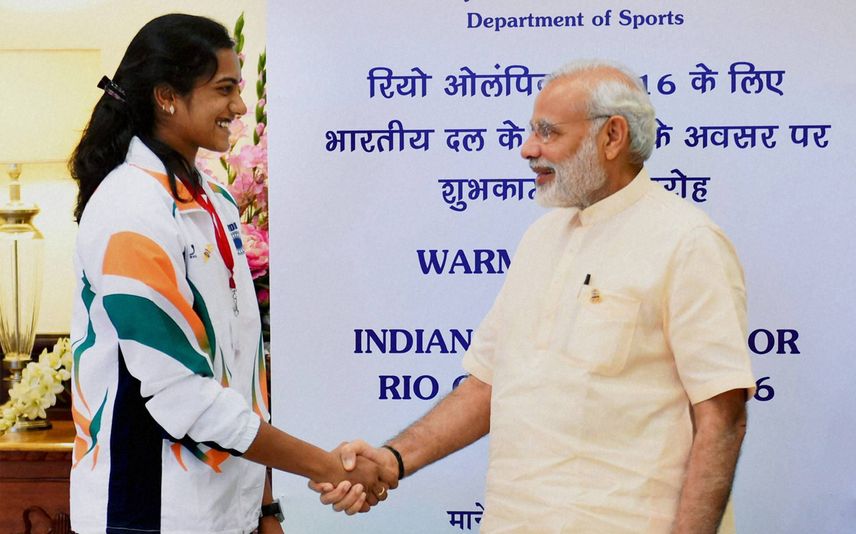 He tweeted, "We are all elated by the stellar performance by P V Sindhu. Congratulations to her on winning the Bronze at @Tokyo2020. She is India's pride and one of our most outstanding Olympians."
Modi also spoke to Sindhu on phone to congratulate her.

The reigning world champion became only the second Indian and the country's first woman to win two Olympic medals, securing a bronze after a straight-game win over world No. 9 He Bing Jiao of China in the badminton women's singles third-place play-off.

She had secured a silver in the 2016 Rio Games.

Wrestler Sushil Kumar is the first and only other Indian to win two Olympic medals, following up his bronze at 2008 Beijing with a silver at the 2012 London edition.