Come out and vote for freedom from fear: Rahul Gandhi

As Uttar Pradesh is voting for the first phase on 58 seats on Thursday, the leaders are appealing to people to come out and vote. 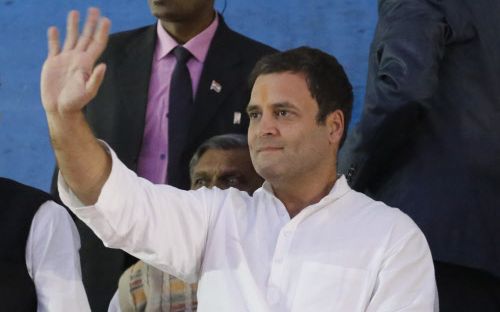 New Delhi: As Uttar Pradesh is voting for the first phase on 58 seats on Thursday, the leaders are appealing to people to come out and vote.

Congress leader Rahul Gandhi also made an appeal to the voters. He tweeted in Hindi, saying: "Come out and vote, get country freedom from all fear".

The voting is underway in the western UP where BJP has high stakes.

Voting began at 7 a.m. in the 58 Assembly constituencies in the first of the seven-phase elections, covering 11 districts of western Uttar Pradesh.

This phase is crucial for the Bharatiya Janata Party (BJP) which had won 53 of these 58 seats in 2017.

Of the remaining five seats, the Samajwadi Party (SP) and the Bahujan Samaj Party (BSP) won two each, while the Rashtriya Lok Dal (RLD) had bagged one.

The BJP victory in the region was not just big but also comprehensive. The party won 23 of the 53 seats with a victory margin of over 20 per cent votes.

The SP and the RLD, which are contesting the 2022 elections in an alliance and are the principal challengers to the ruling BJP, will need to make huge gains here if they hope to unseat Uttar Pradesh Chief Minister Yogi Adityanath.

The BSP, which could manage to win in only two seats, was ranked second in 30 Assembly constituencies and the Congress in 5 seats.