The UN's annual World Economic Situation and Prospects (WESP) report estimated the growth rate of India's gross domestic product (GDP) at 9 per cent last year and forecast it to moderate to 6.7 per cent this year and 6.1 per cent next year but still retain the highest growth rates among the large economies. 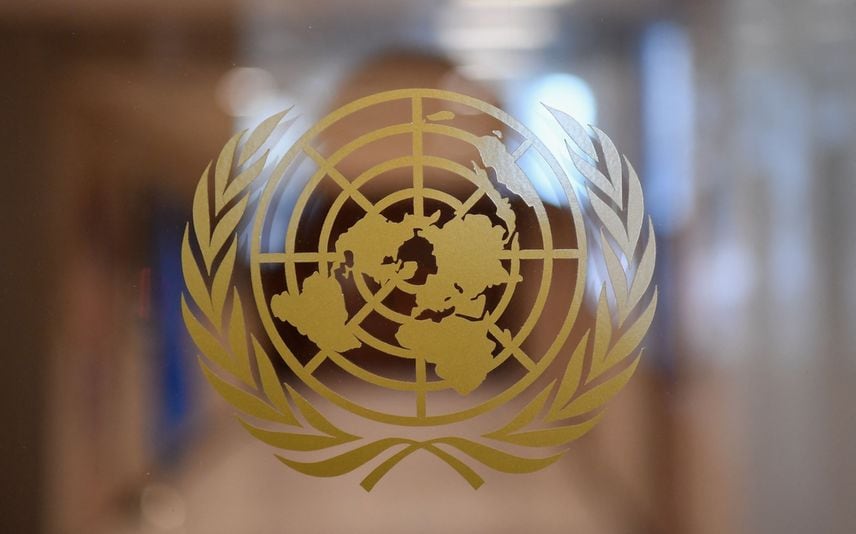 United Nations: "India's recovery is on a solid path", the UN said on Thursday reporting that the country recorded the highest estimated growth rate among the major economies last year and is set to be on the same trajectory during this year and the next.

The UN's annual World Economic Situation and Prospects (WESP) report estimated the growth rate of India's gross domestic product (GDP) at 9 per cent last year and forecast it to moderate to 6.7 per cent this year and 6.1 per cent next year but still retain the highest growth rates among the large economies.

In 2020, the year Covid-19 pandemic struck the world, India's economy had shrunk by 7.1 per cent - a negative growth rate - according to the report.

China, which came next among the large economies, was estimated to have grown by 7.8 per cent last year and forecast to grow by 5.2 per cent this year and 5.5 per cent next year.

Overall, the global economy's growth was estimated to be 5.5 per cent last year, bouncing back from a shrinkage of 3.4 per cent in 2020.

The WESP raised India's growth estimate for last year by 1.7 per cent and the growth projection for this year by 0.8 per cent from the expectations in its report a year ago.

It ascribed slowing down of growth from 9 per cent last year to 6.7 per cent this year to waning base effects.

"It will remain crucial to encourage private investment to support inclusive growth beyond the recovery," it advised.

"Inflation is expected to decelerate throughout 2022, continuing a trend observed since the second half of 2021 when relatively restrained food prices compensated for higher oil prices," the report said while attaching a note of caution: "A sudden and renewed rise in food inflation, however, due to unpredictable weather, broader supply disruptions and higher agricultural prices, could undermine food security, reduce real incomes and increase hunger across the South Asia) region."

The report estimated India's consumer price inflation at 5.9 per cent last year and projected to go down to 5.6 per cent this year and 5.3 per cent next year.

The WESP said that it expected the Reserve Bank to raise interest rates throughout this year.

"The momentum for growth - especially in China, the United States and the European Union - slowed considerably by the end of 2021, as the effects of monetary and fiscal stimuli began to recede and major supply-chain disruptions emerged," according to the report.

Assessing the scenario in the report, Secretary-General Antonio Guterres said: "In this fragile and uneven period of global recovery, the World Economic Situation and Prospects 2022 calls for better targeted and coordinated policy and financial measures at the national and international levels."

The 46 countries classified as the least developed are estimated to grow by only 1.4 per cent this year, according to the WESP.

"The time is now to close the inequality gaps within and among countries. If we work in solidarity - as one human family - we can make 2022 a true year of recovery for people and economies alike," Guterres said.

The WESP painted a mixed picture for South Asia.

"Amid sound macroeconomic policies, Bangladesh has navigated the Covid-19 pandemic relatively well" and its "GDP is projected to expand by 6 per cent in 2022", the report said.

Its "economic activity rides on export growth and the rising demand for apparel, robust remittance inflows, and accommodative fiscal and monetary policies", it added.

Pakistan's economy after an economic expansion of 4.5 per cent in 2021, is projected to grow by 3.9 per cent in 2022 "driven by private consumption, record-high remittances and fiscal support", according to the report.

But for Sri Lanka, the WESP projected a GDP growth of 2.6 per cent for this year and said that "its major challenges include food shortages, dwindling foreign reserves and sovereign debt risks".

Among the developed countries, the UK was projected to be the top performer with a 4.5 per cent GDP growth this year, after a 6.2 per cent estimated growth last year.

The European Union' growth was estimated at 4.7 per cent last year and projected to be 3.9 per cent this year.

For the United States, the report estimated the growth at 5.5 per cent last year and projected it to be 3.5 per cent this year.