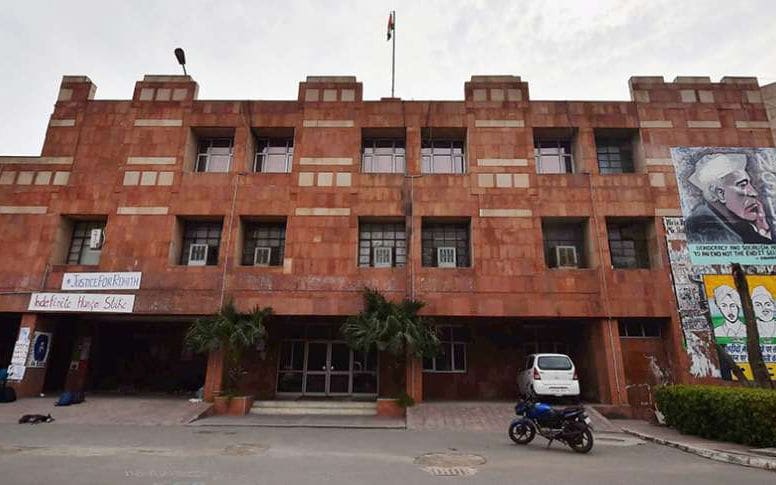 New Delhi: Santishree Dhulipudi Pandit will be the first woman Vice-Chancellor of Jawaharlal Nehru University with the Ministry of Education (MoE) appointing her to the top post on Monday.

Pandit is currently a Political Science professor at Department of Politics and Public Administration, Savitribai Phule University in Maharashtra.

The 59-year-old Pandit is also an alumna of JNU where she pursued her MPhil as well as PhD in International Relations.

"President Ram Nath Kovind, who is Visitor to the University, has approved the appointment of Santishree Dhulipudi Pandit as JNU Vice Chancellor. Her appointment is for a period of five years," a senior MoE official said.

Pandit began her teaching career from Goa University in 1988 and moved to Pune University in 1993. She has held administrative position in various academic bodies. She has also been a member of the University Grants Commission (UGC), the Indian Council of Social Science Research (ICSSR) and Visitor's nominee to central universities.

In her career, she has guided 29 PhDs.

M Jagadesh Kumar, who was holding the charge of acting VC at JNU after his five year term ended last year, was last week appointed as the chairman of the UGC.

"It gives me pleasure to inform you that Santishree Dhulipudi Pandit from Savitribai Phule Pune University has been appointed as the next Vice-Chancellor of JNU. She is the first female Vice-Chancellor of JNU. My hearty congratulations to her. I am handing over the charge to her today and wish her success in her new role," Kumar said in a statement.

No update on JNU PhD admission; aspirants in fix

Next 40 days crucial as India may see COVID cases surge in mid-January: ...