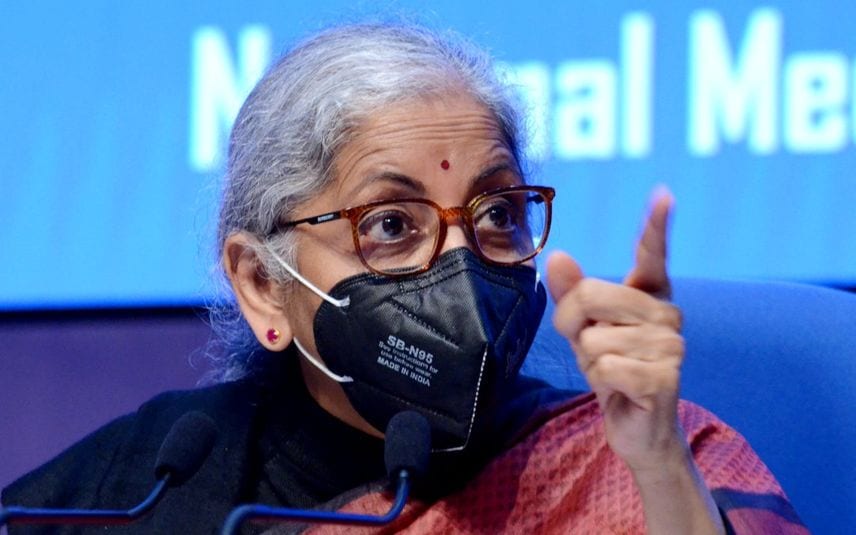 New Delhi: Finance Minister Nirmala Sitharaman on Tuesday said the Government of India will use the Supreme Court's verdict to fight against Devas in Antrix deal "fraud" internationally.

Addressing a press conference a day after the Supreme Court of India's ordered winding up of Devas Multimedia, Sitharaman said the government would soon appoint an arbitrator in Antrix-Devas case and fight it in every court internationally to save Indian taxpayers' money.

She said the satellite deal between ISRO's commercial arm Antrix and Bengaluru-based startup Devas Multimedia signed in 2005 under the Congress-party led government was a fraud on the people of India and has caused huge damage to the exchequer.

Referring to the international arbitration tribunals orders to Antrix to pay to Devas shareholders Rs 1.2 billion as penalty, Sitharaman said Prime Minister Narendra Modi government would fight against all such orders internationally to save the taxpayers money.

Under an agreement signed in 2005, Indian Space Research Organisation (ISRO) commercial arm Antrix was required to build, launch and operate two satellites and leash out 90 per cent of the satellite transponder capacity to Devas Multimedia Private Limited, which planned to use it to offer hybrid satellite and terrestrial communication services in India.

The deal was cancelled in 2011 on the ground that the auction of the broadband spectrum was mired in fraud and that the government needed the S-band satellite spectrum for national security and other social purposes.

Sitharaman accused Congress-party led United Progressive Alliance (UPA) government for allowing the fraudulent deal and letting it linger for so many years. "It's a fraud of the Congress, for the Congress and by the Congress," she said.

The Finance Minister noted, "In 2011, when the whole thing was cancelled, Devas went to international arbitration, the Government of India never appointed an arbitrator, was reminded to appoint arbitrator within 21 days, but the Government didn't appoint."

"The Supreme Court order shows how the UPA government indulged in wrong practices. Antrix-Devas deal was against national security. It should be Congress party's turn to tell how this kind of fraud was perpetrated on people of India," she added.

The Supreme Court of India on Monday ordered winding up of Devas Multimedia Private Limited dismissing the company's appeal against an order of National Company Law Tribunal (NCLAT).

"We do not know if the action of Antrix in seeking the winding up of Devas may send a wrong message to the community of investors. But allowing Devas and its shareholders to reap the benefits of their fraudulent action, may nevertheless send another wrong message namely that by adopting fraudulent means and by bringing into India investment in a sum of Rs 579 crores, the investors can hope to get tens of thousands of crores rupees, even after siphoning off Rs 488 crores," a Supreme Court of India Bench of Justice Hemant Gupta and Justice V Ramasubramanian said in its 134-page judgement.

Sitharaman said the Supreme Court's order clearly prove that the Antrix-Devas deal was a fraud and scandalous.

"We are fighting to save taxpayers' money which otherwise would have gone to pay for the scandalous Antrix-Devas deal."