For the BJP, the first two phases of the polls on February 10 and 14 are probably also the most challenging as they include Punjab, where the farmers' agitation was most intense and western UP, the Jat region of Uttar Pradesh which was also hit hard by the protests. 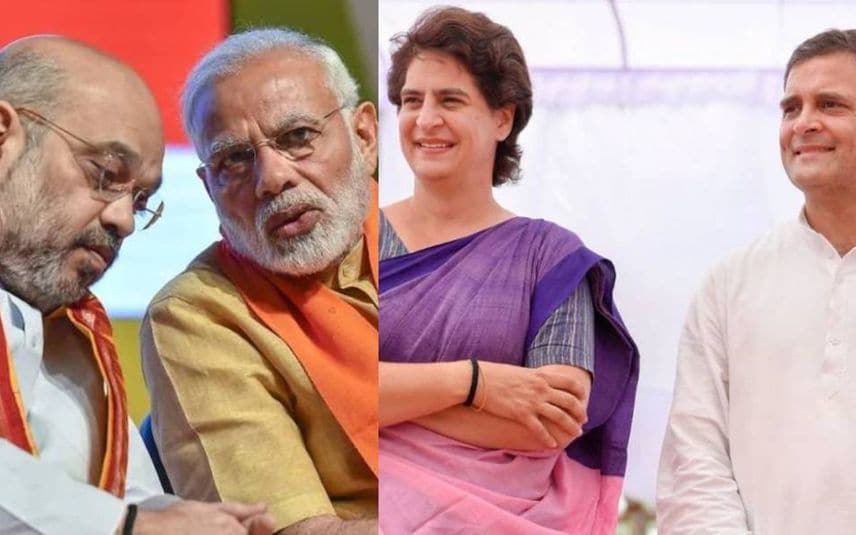 New Delhi: Even for a party that loves to up the ante in every election, stakes could not have been higher for the BJP than they are in the five state assembly elections, the schedule for which was announced by the Election Commission on Saturday.

To begin with, the party is in power in four of the five states, including in all-important Uttar Pradesh, and the elections are also the first popular test for the BJP and Prime Minister Narendra Modi after he announced the repeal of three contentious farm laws to douse the fire of discontent raging among a big section of farmers in north India.

If the polls, which begin from February 10, hold significance for what they will bring to the ruling party, they have an added element of political salience for the likely impact their results will have on the opposition camp too, as the Aam Aadmi Party and the Trinamool Congress have mounted an aggressive campaign which is as much directed at the Congress as the BJP.

With the Congress' claim of being the natural spearhead of any united opposition challenge to the BJP in the run-up to the 2024 Lok Sabha polls drawing scrutiny from regional satraps, the election results may force a realignment in the opposition politics, political watchers believe.

This theory gains more currency because of the Sonia Gandhi-led party being the main challenger in three of the four states where BJP is in power. The Congress is in power in Punjab.

For the BJP, the first two phases of the polls on February 10 and 14 are probably also the most challenging as they include Punjab, where the farmers' agitation was most intense and western UP, the Jat region of Uttar Pradesh which was also hit hard by the protests.

Goa and Uttarakhand, both states where the BJP is in power, will also go to the polls on February 14.

Some believe the trends seen in the first two phases may play a key role in the remaining five phases for Uttar Pradesh, which has total 403 assembly seats with a voter base of over 15 crore.

There was speculation in some quarters that the BJP may want elections to start from the eastern parts of UP, where the party is believed to be in a stronger position than the western part of the state in the wake of farmers' protests.

However, the election schedule will follow the traditional pattern of West going to polls first and then moving towards East, which some pundits now say would help BJP put up a confident face from the word go.

At the same time, it will also help the ruling party step up its tempo if it fails to garner desired level of support in Punjab and Western UP.

The recent political slugfest between Congress and BJP over the security breach during Modi's visit to Punjab has added another dimension to the state polls.

If in 2012 western UP was the stepping stone to the saffron wave that swept Uttar Pradesh, this time the BJP is faced with the challenge of perceived anger among a section of Jats with the Samajwadi Party and the RLD joining hands to take on the ruling party.

BJP leaders have expressed confidence of repeating the feat they had achieved in the last polls on the back of their twin planks of development and Hindutva, with Chief Minister Yogi Adityanath leading the charge while Modi remains the dominant theme of the party's campaign.

The party also hopes to benefit from differences in the Congress camp in Uttarakhand, even though it has been forced to change two chief ministers in the state leading to the polls.

Goa and Manipur are also set to witness multi-cornered contests with the BJP having worked to weaken the main opposition Congress in both the states through a spate of defection. PTI