Assembly polls in 7 phases, UP elections from Feb 10, counting on Mar 10

Goa , Punjab and Uttarakhand to vote on February 14, Manipur will go to polls on February27 and March 3. Counting of votes on March 10 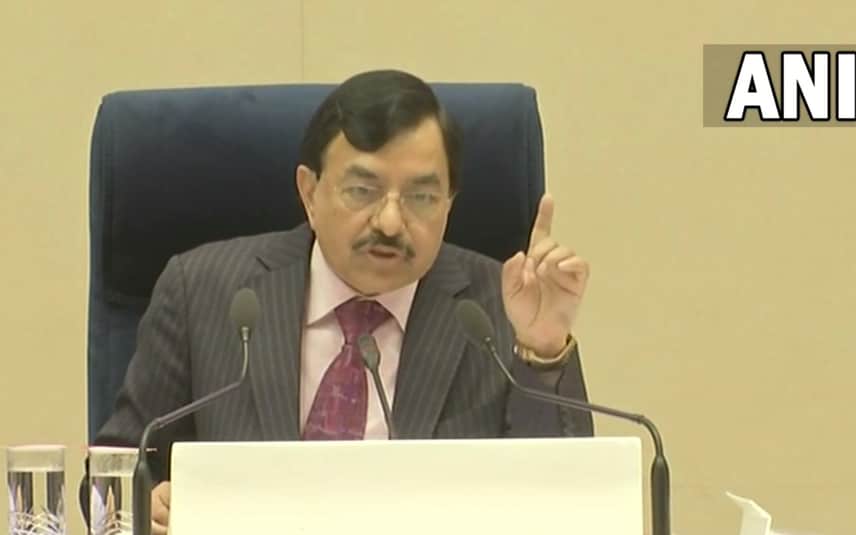 New Delhi: Chief Election Commissioner Sushil Chandra has announced the dates for the assembly polls in Uttar Pradesh, Uttarakhand, Goa, Punjab and Manipur. Elections for Uttar Pradesh will be conducted in 7 phases from February 10 to March 7. Punjab, Uttarakhand and Goa will go to polls on February 14.

Manipur will vote on February 27 and March 3. Counting of votes for all the five state assembly elections will be held on March 10.

The polls will be held for 403 assembly seats in UP, 117 in Punjab, 70 in Uttarakhand 60 in Manipur and 40 in Goa.
While the term of the current Uttar Pradesh assembly is ending in May, those of the other four assemblies are ending on different dates in March.

“More than 18 crore voters, including over 8.5 crore women, will be eligible to vote in five state assembly polls. EC aims to conduct Covid-safe elections in five states with maximum voter participation ,” he added.
All polling stations will be equipped with Covid-mitigation facilities including sanitisers and masks. The number of polling booths will be increased and a maximum of 1,250 voters will be allowed in each booth. Candidates contesting polls will be given an option for online nomination. At least one polling booth in each assembly constituency will be exclusively managed by women personnel to encourage women voters.

“ECI has mandated that at least one polling station managed exclusively by women shall be set up in every Assembly constituency. Our officers have identified the booths. There are 690 Assembly seats and we are setting up 1620 such polling booths,” said CEC.

Senior citizens above 80 years of age, persons with disabilities and COVID-19 patients can use postal ballot.
It is mandatory for political parties to upload on their website detailed information of candidates with pending criminal cases . They will also have to give for the selection of such candidates.

Model Code of Conduct (MCC) will come into effect immediately with the announcement of the schedules. Election Commission has made elaborate arrangements for ensuring the effective implementation of the MCC guidelines. Any violation of these guidelines will be strictly dealt with, informed CEC.

It wiil be ensured that all personnel on election duty are doubly-vaccinated in order to have Covid-safe polls.

Bhubaneswar: The deep depression over Southeast Bay of Bengal Sunday moved west-northwestwards with a speed of 16 kmph during the past 6 hours and intensified ..

Bhubaneswar: India Meteorological Department (IMD) on Sunday said that the cyclonic storm named 'Asani' is expected to further intensify in the next 24 ..

New Delhi: The Centre has told the Supreme Court that the 1962 verdict of the top court in the Kedar Nath Singh vs State of Bihar case, which upheld the ..

Protest and political slugfest after Bagga's arrest, he faces another warrant