According to Airport Director V K Seth, there were a total of 179 passengers on the charter flight that landed at the Amritsar airport around 11.30 AM on Thursday. 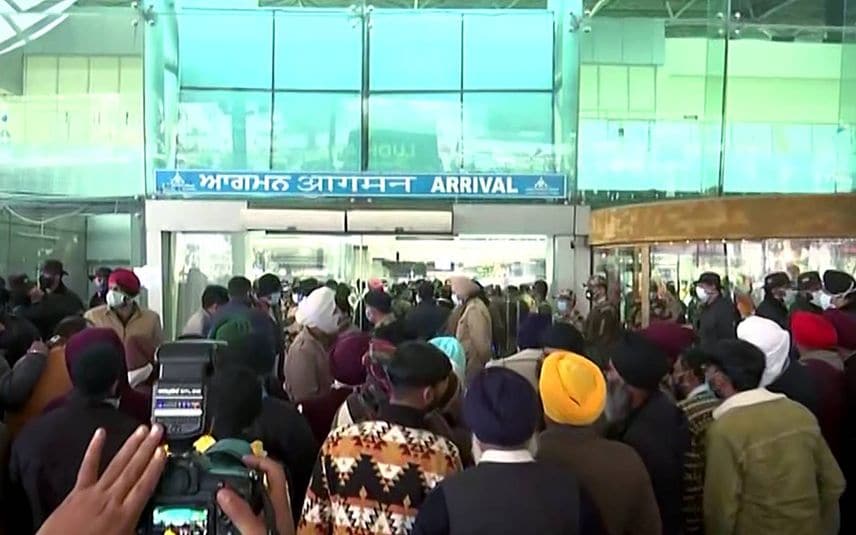 New Delhi/Amritsar: A total of 125 passengers on a Milan-Amritsar charter flight were found to be Covid-positive when tested on arrival, government officials said on Thursday.

According to Airport Director V K Seth, there were a total of 179 passengers on the charter flight that landed at the Amritsar airport around 11.30 AM on Thursday.

Since Italy is one of the "at risk" countries according to the Union Health Ministry, all eligible passengers -- 160 in this case -- were tested for COVID-19 and 125 of them were found to be positive, they mentioned.

Out of total 179 passengers, 19 were children or infant so they were exempt from on-arrival RT-PCR testing, they said.

The charter flight YU-661 between Milan in Italy and Amritsar in Punjab was operated by Portuguese company EuroAtlantic Airways, they mentioned.

The Amritsar airport authorities stated on Twitter that they have taken all necessary actions to stop the spread of COVID-19.

"In today's flight all 125 pax tested positive, are being attended by state health officials. Rest 35 pax tested negative have been advised self monitoring and would be under supervision," the airport noted.

After the test reports came in, a number of the passengers were not satisfied with the results and created a hue and cry at the terminal building. Purported video clips circulating on social media showed some passengers arguing with the authorities.

The passengers who tested positive for COVID-19 were reluctant for admission in the isolation ward of any of the city hospitals and were pressing upon the authorities to let them go.

Officials from the health department tried to convince them to get admission in the isolation ward in any of the hospitals they desired in Amritsar.