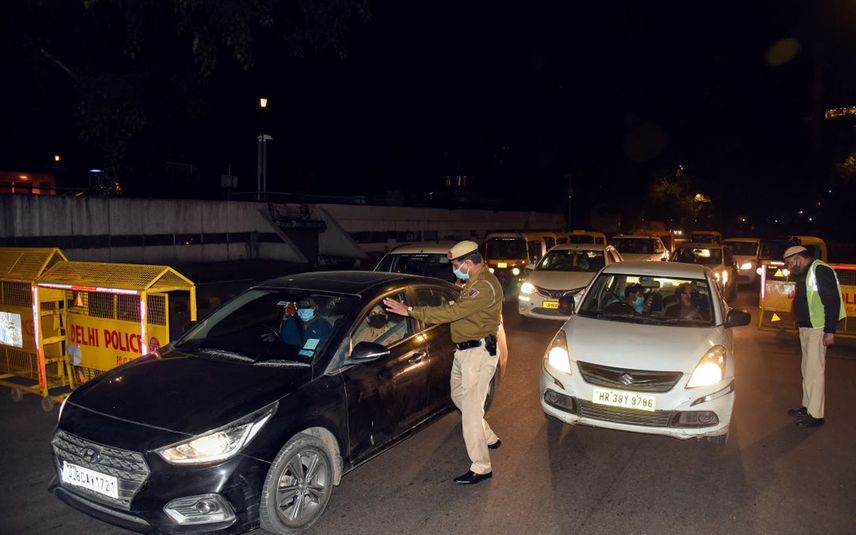 New Delhi:Amid a rise in COVID-19 cases, the Delhi Disaster Management Authority on Tuesday ordered closure of schools, colleges, cinemas and gyms with immediate effect and put various restrictions on the functioning of shops and public transport as a yellow alert was sounded under the Graded Response Action Plan (GRAP).

The 'yellow' alert restrictions stipulate that shops and establishments of non-essential goods and services and malls will open based on odd-even formula from 10 AM to 8 PM.

The timing of night curfew imposed from Monday night has also been extended by an hour and it will now begin at 10 pm. The night curfew from 10 pm to 5 am will remain in force till further orders, stated the order issued by the DDMA.

Marriages and funerals will be allowed attendance of 20 persons while all other types of gathering related to social, political, cultural, religious and festival events will be prohibited.

After a high-level meeting to review the pandemic situation in the national capital, Chief Minister Arvind Kejriwal said earlier in the day that a decision has been taken to issue 'yellow' alert in view of fast rising cases of infections.

The DDMA order stated that all the restrictions as per 'yellow' alert will be enforced with immediate effect.

The GRAP approved by the Delhi Disaster Management Authority (DDMA) prescribes sounding of 'yellow' alert if positivity rate remains above 0.5 per cent for two consecutive days.

Delhi on Monday recorded 331 fresh COVID-19 cases, the highest single-day rise since June 9, and one death while the positivity rate mounted to 0.68 per cent, according to data shared by the city health department. Positivity rate was 0.55 per cent on Sunday.

The 'yellow' alert restrictions stipulate that only one weekly market per zone with 50 per cent vendors will be allowed to open.

Restaurants will be permitted with 50 per cent capacity from 8 am to 10 pm while bars can also operate with the same capacity, but from 12 noon to 10 pm.

Private offices can function with up to 50 per cent of the staff. In Delhi government offices also, barring certain category of officials, only half of the remaining staff will be allowed under the 'yellow' alert.

Further religious places will open but visitors will not be allowed. Parks and gardens can however open.

The colour coded GRAP is based on positivity rate (on two consecutive days), cumulative number of new cases (over a week) and average oxygenated-bed occupancy (for a week) will designate four levels of alerts.

Further restrictions are imposed at advanced stages of 'Amber', 'Orange' and 'Red' alerts with higher numbers of new cases and hospitalisations. PTI