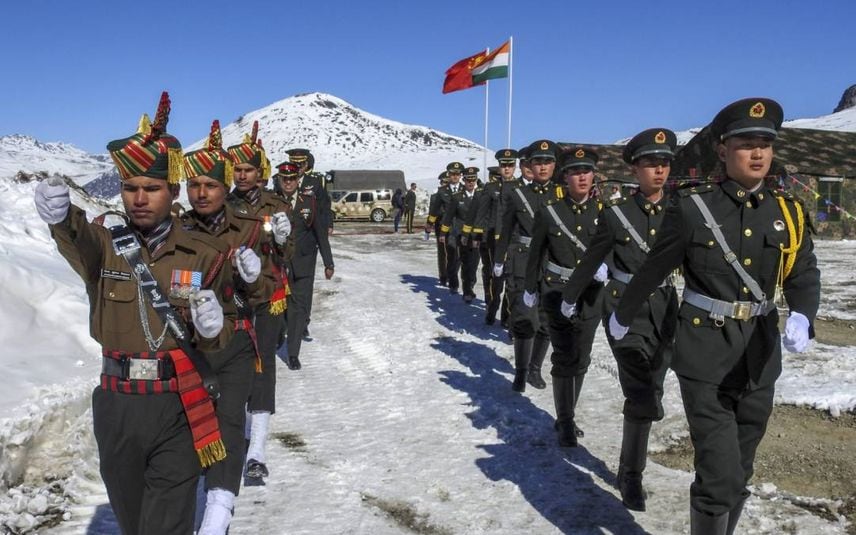 X
New Delhi: India and China military top brass began talks on Saturday to resolve the stand-off situation in Eastern Ladakh region and de-escalation of forces across the Line of Actual Control. The meeting is being held in Moldo on the Chinese side opposite Chushul.
Indian military delegation is headed by the commander of Leh-based 14 Corp Lieutenant General Harinder Singh and the Chinese are led by Major General Liu Lin, Commander of South Xinjiang Military Region.
Both countries are engaging in dialogue to resolve the stand-off in Eastern Ladakh region, particularly at north bank of Pangong Tso where the Chinese People's Liberation Army has attempted to change status quo.
They attempted to change the status quo by putting up shelters and setting up a camp in areas that were under Indian control so far.
Before this, talks between major general-rank officers between two countries took place on June 2 that remained "inconclusive".
The Chinese troops in large numbers have been camping at Finger 4 area of the Pangong Lake. India also matched these numbers in deployment there. The Pangong Lake is divided into 8 fingers. The mountainous spurs jutting out into the lake are referred to as fingers. So far India has been controlling fingers 1 to 4 and China controls the area between 5 and 8.
There is an Indian post near Finger 4. However, India claims the entire stretch till Finger 8. The area between Finger 4 and 8 has been a matter of dispute and has often witnessed confrontations.
The clash took place at Pangong Lake on May 5, leaving several from both sides wounded.
Sources further pointed out that the standoff was not a spontaneous reaction to India's road construction in Ladakh. Unusual activities were first noticed in few weeks before that clash.
The current standoff in Ladakh is not the usual patrolling faceoff but part of the new combative strategy that was rolled out by China after Doklam.
In 2017, there was a 73-day stand-off between India and China. The standoff was at the India-China-Bhutan tri-junction Doklam. China's road construction in Bhutanese territory was seen as an attempt to change the status quo by India and finally the road work had to be stopped.
IANS

Indian, Chinese troops clash along LAC in Tawang sector, minor injuries to soldiers on both sides