The team has started its enquiry into the security breach and look into the lapses which caused the prime minister's cavalcade to remain stranded at the flyover for almost 15-20 minutes on Wednesday, the sources said. 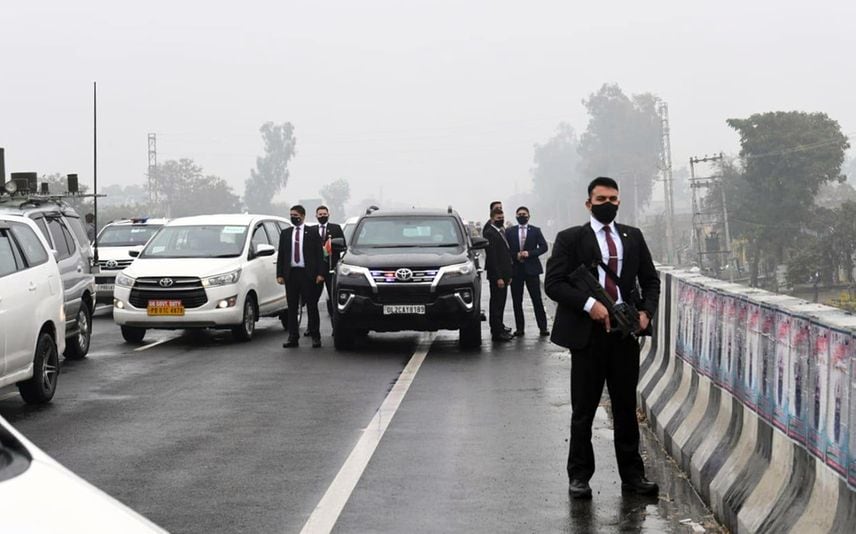 Chandigarh/Ferozepur:A Central team probing the "serious lapses" in Prime Minister Narendra Modi's security during his Ferozepur visit reached the town Friday, while the Punjab government submitted a report to Centre saying an FIR has been registered in the matter.

The three-member committee, constituted by the Union Home Ministry on Thursday, is seeking full details about the sequence of events that unfolded during Modi's January 5 visit, sources said.

Amid foggy weather conditions, the team visited the Pyarayana flyover near Ferozepur in the morning and interacted with senior Punjab Police and civil administration officials.

The panel is led by Sudhir Kumar Saxena, Secretary (Security), Cabinet Secretariat, and has Balbir Singh, Joint Director of the Intelligence Bureau; and S Suresh, IG, Special Protection Group as two other members.

The Centre has advised the committee to submit its report at the earliest.

The team has started its enquiry into the security breach and look into the lapses which caused the prime minister's cavalcade to remain stranded at the flyover for almost 15-20 minutes on Wednesday, the sources said.

The Centre had on Thursday formed a three-member committee to enquire into "serious lapses" in security arrangements during Modi's visit to Punjab which led to the exposure of the VVIP to "grave risk".

The team spent around 45 minutes at the flyover before heading to the BSF sector headquarters for further questioning and investigation into the matter.

At the BSF sector headquarters in Ferozepur, which is around 10 km from where the incident took place on National Highway 5, the Central team remained closeted with the senior civil and police officers who were directly responsible to ensure the smooth passage of the prime minister's convoy and its foolproof security.

According to the sources, the Central team has summoned several senior police and civil officials including those who were deployed for the prime minister's security during his visit to Ferozepur to appear in person before them on Friday.

Meanwhile, Punjab government's Chief Secretary Anirudh Tewari's wrote to the Union Home Ministry regarding the security breach, informing that an FIR has been lodged in the incident.

The state government has mentioned that it has formed its own two-member panel to investigate the alleged lapses.

Tewari is learnt to have shared details pertaining to the sequence of events that unfolded on Wednesday, official sources in the state said.

The Punjab government had on Thursday announced the two-member panel to investigate the lapses. The panel has been asked to submit its report in three days.

The Punjab police has also registered an FIR against unidentified protesters who blocked Modi's cavalcade on Wednesday.

The prime minister's convoy was stranded on the flyover due to a blockade by protesters in Ferozepur on Wednesday after which he returned from the poll-bound state without attending any event, including a rally.

The Union Home Ministry had directed the state government to file an immediate report, saying it did not ensure the required deployment, while Home Minister Amit Shah had said that such dereliction of the security procedure during the prime minister's visit was totally unacceptable and accountability would be fixed.

The incident triggered a major political row with the BJP alleging that the ruling Congress in Punjab "tried to physically harm" the prime minister, while other parties too attacked the state government over the law and order issue.

France and India call for immediate end to Ukraine hostilities