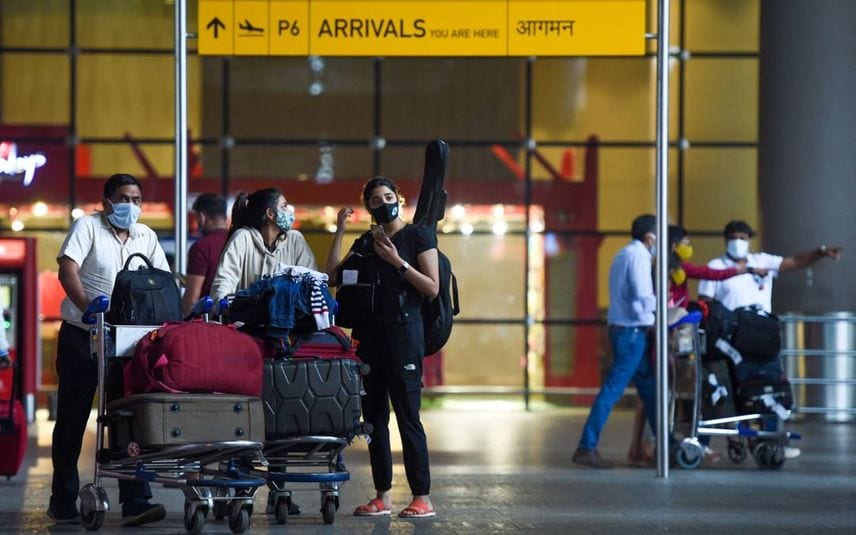 New Delhi: The Ministry of Civil Aviation (MoCA) on Wednesday said only two per cent of the passengers coming from countries that are not in the 'at-risk' list will be subject to random sampling for coronavirus and such passengers will be permitted to leave the airport after giving the samples.

Amid mounting concerns over the new COVID variant Omicron, stricter norms for international passengers came into effect from Tuesday midnight and all passengers coming from 'at-risk' countries have to compulsorily undergo COVID test, among other requirements.

Issuing a set of Frequently Asked Questions (FAQs), the ministry said that travellers undergoing random sampling may give the sample and be allowed to leave.

"Now, the random sampling would be limited to 2 per cent as per latest MoHFW (Ministry of Health and Family Welfare) guidelines and it would be on self-paid basis. Airlines/Airports may coordinate with the officials of State/UT governments to select the passenger at random sampling," the ministry said in a release.

There is also a question about travellers from countries, excluding those 'at-risk', transiting through the airports of countries 'at-risk' but staying within the airports.

On whether such travellers can be exempted from post-arrival testing based on the self-declaration form, the ministry has provided a clarification.

"Post-arrival testing can be exempted if a person is travelling from a not at-risk country and has only a transit (without leaving immigration) in at-risk country before taking the destination flight.

"However, if the person has travelled to any at-risk country in last 14 days, he/she will be asked for post-arrival testing and other additional restrictions...," the release said.

On whether travellers who have submitted their sample for post-arrival COVID test at the point of arrival (self-paid) have to wait for their test results before leaving or taking a connecting flight, the ministry said, "after the negative results are received, the passengers can take connecting flights to reach their final destination".

Further, the ministry said a passenger can exit the airport or can take connecting flights for final destination once the negative report is received. "He/she need not wait for the report of all the co-passengers," it added.

The ministry said the FAQs are being issued for better understanding of the passengers and to enable them for a safe, secure and hassle-free international air travel.

"It may be noted that these steps are being taken to ensure the good health and safety of every citizen of the country so that the subsequent problems do not arise," the release said.

As per the update by the health ministry on November 30, the 'at-risk' list includes "countries in Europe including The United Kingdom", South Africa, Brazil, Botswana, China and Mauritius.

Other countries in the list are New Zealand, Zimbabwe, Singapore, Hong Kong and Israel.

The Indian Council of Medical Research (ICMR) has approved various systems for molecular testing of SARS-CoV-2 and all of them are considered equivalent to RT-PCR, according to the release.