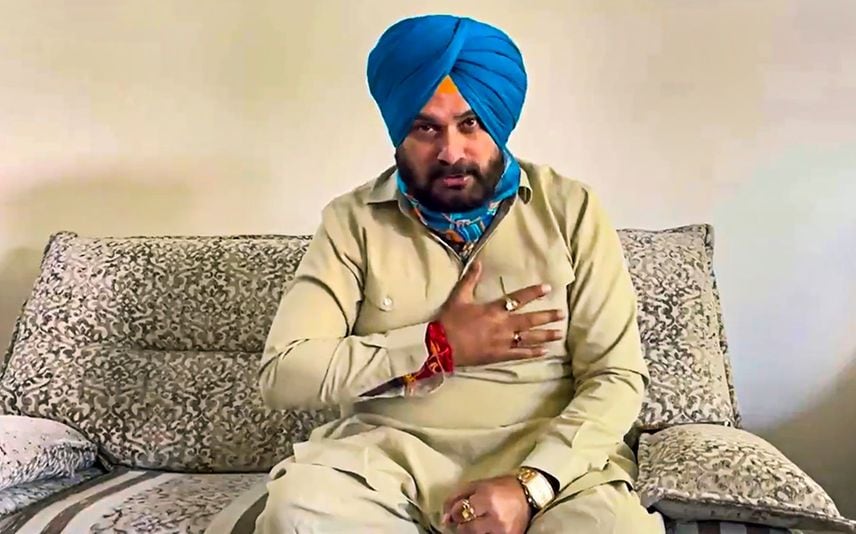 Chandigarh:Breaking his silence a day after abruptly resigning as the Punjab Congress chief, Navot Singh Sidhu on Wednesday raised questions over the appointments of the director general of police and the state's advocate general.

Plunging the Congress into a fresh crisis months ahead of the assembly elections in the state, Sidhu put in his papers on Tuesday shortly after the allocation of portfolios to the new ministers of the Charanjit Singh Channi cabinet.

Taking to Twitter a day later, Sidhu said his objective had always been to improve the lives of people and “to make a difference”.

“My fight is for the issues and an agenda of Punjab,” he said in an over four-minute video clip shared on his Twitter handle.

Apparently referring to senior IPS officer Iqbal Preet Singh Sahota, who has been given the additional charge of the director general of Punjab Police, Sidhu said, “When I see those who gave clean chit to Badals six years back…such persons have been given the responsibility for delivering justice.”
Sahota was the head of a special investigation team formed in 2015 by the then Akali government to probe the sacrilege incidents.

Sidhu also apparently questioned the appointment of A P S Deol as the state's new advocate general.
"Those who secured blanket bails, they are advocate general," he said.

Deol is a senior advocate of the Punjab and Haryana High Court and has been a counsel for former Punjab DGP Sumedh Singh Saini. He had been representing the ex-top cop in various cases against him.