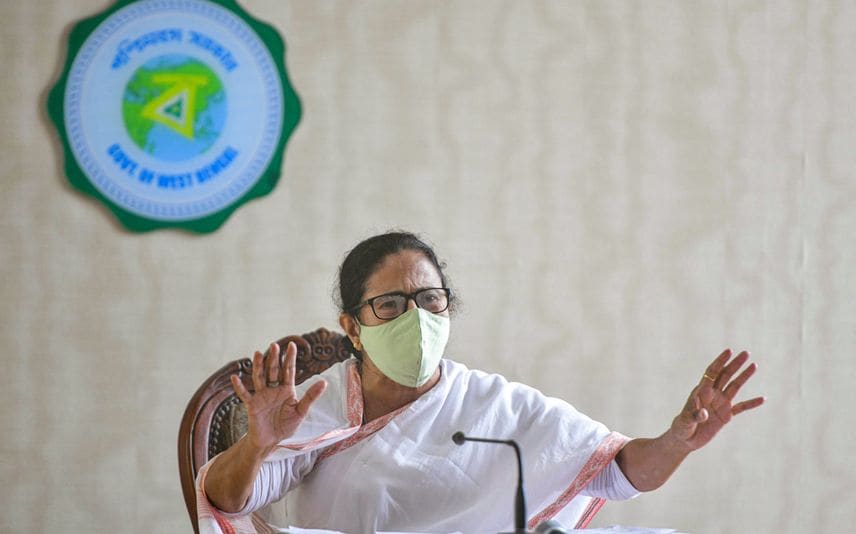 Kolkata:Alleging that Prime Minister Narendra Modi's meeting with CMs on the COVID situation was "super flop", West Bengal Chief Minister Mamata Banerjee on Thursday said that she along with her counterparts of many states were not allowed to speak, which was akin to insulting them.

She also claimed that only CMs of the BJP-ruled states were allowed to speak at the meeting, while others were "reduced to puppets"."

This was a casual and super flop meeting. Only CMs of BJP-ruled states were allowed to speak and others were reduced to puppets.

"We feel insulted and humiliated. This is an attempt to bulldoze the federal structure of the country. PM Modi is so insecure that he did not listen to us," Banerjee told reporters at the state secretariat 'Nabanna'.

She said the prime minister neither asked how West Bengal is handling the COVID situation and nor did he enquire about the stock of vaccines or oxygen.

"There was not a single question from the PM about the 'black fungus'," she said, adding that four such cases have been detected in the state.Referring to the PM's claim that the COVID-19 caseload is reducing in the country, Banerjee asked, "If the total number of cases is declining, why are so many deaths due to the coronavirus infection being reported."

The chief minister also alleged that the central government has "no proper plans" in dealing with the COVID situation in the country.