I am fed up with politics, says Ghulam Nabi Azad 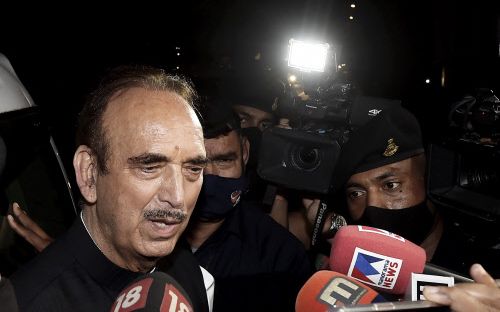 New Delhi: Senior Congress leader Ghulam Nabi Azad, who had earlier said that he often has a longing to retire from politics and be actively involved in social service, clarified on Monday that he does not plan to retire from active politics at the moment.

Azad on Sunday said that he had serious reservations about the ability of political parties to bring about real transformation and civil society has an important role to play in difficult times. He also said that he often has a longing to retire from politics and be more actively involved in social service.

Speaking on the development, Azad said, "I did not say that I am leaving active politics or retiring, but I did say that I am fed up now. Sometimes I feel that by coming into politics, I am not able to do what can be done by leaving politics. That's all. I want to change this thought process."

He added, "If people question that why I am saying all this thing now, then I want to tell that people who do not know me can say such thing. I have always tried to speak the truth from the beginning of my political career. I always tried to do good politics. Whether I am being listened to in the party or not, I don't know but I will keep trying from my side."

Padma Awards, one of the highest civilian Awards of the country, are conferred in three categories, namely, Padma Vibhushan, Padma Bhushan and Padma Shri.