India Meteorological Department Director General Mrutyunjay Mohapatra said northwest and west central parts of the country - Gujarat, Rajasthan, Punjab and Haryana - will continue to experience above normal temperatures in May as well. 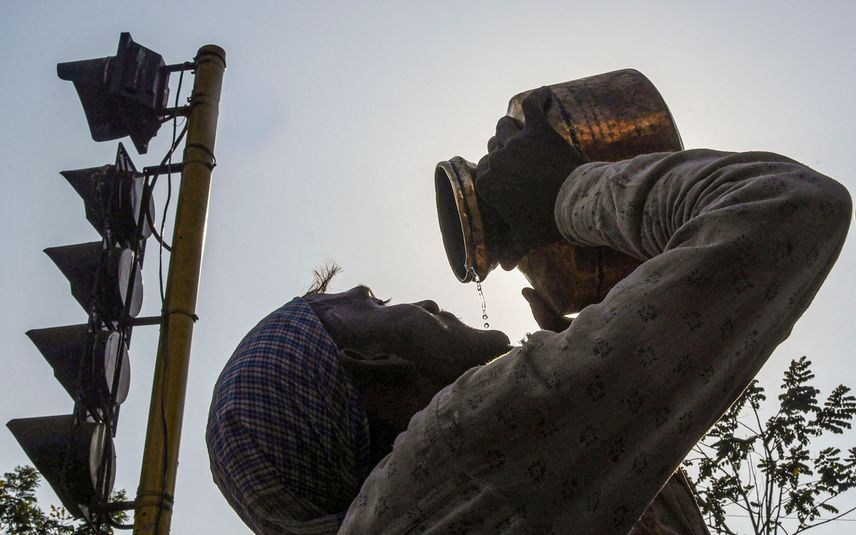 Addressing a press conference, India Meteorological Department Director General Mrutyunjay Mohapatra said northwest and west central parts of the country - Gujarat, Rajasthan, Punjab and Haryana - will continue to experience above normal temperatures in May as well.

Nights would be warmer in May in most parts of the country, except some regions of south peninsular India, Mohapatra said.

The average temperatures observed pan-India for April was 35.05 degrees, which was the fourth highest in 122 years, he said.

"The average rainfall in May 2022 over the country is most likely to be above normal," Mohapatra said.

However, parts of northwest and northeast India as well as the extreme southeast Peninsula are expected to get below normal rainfall in May, he said.

The high temperatures in March and April were attributed to "continuously scanty rainfall activity", he said.

In March, northwest India recorded a deficit in rainfall of around 89 per cent, while the deficit was nearly 83 per cent in April, mainly on account of feeble and dry western disturbances, Mohapatra said.

India, pareticualrtly northwest and western parts of the country, has been reeling under intense heatwave conditions for the past few weeks. PTI