The government said that it is committed for strengthening national security and its policy of zero tolerance to terrorism. 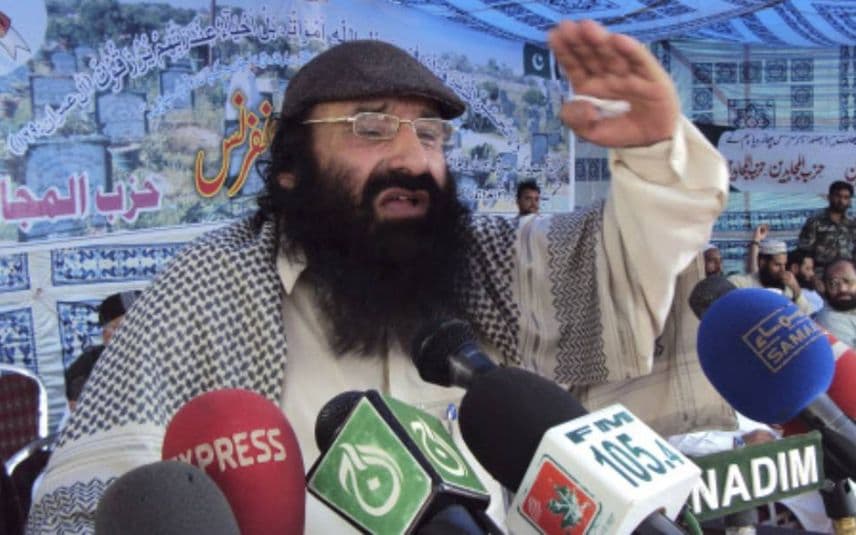 New Delhi: Government has declared 18 more individuals as terrorists under the Unlawful Activities (Prevention) Act, 1967 including Hizbul Mujhadeen chief Syed Salahuddin involved in the Mumbai terror attack as well as the IC 814 hijacking.

The MHA in a statement said that under the strong and iron-willed leadership of the Prime Minister, the central government had amended the Unlawful Activities (Prevention) Act, 1967 in August 2019, to include the provision of designating an individual as a terrorist.

"Prior to this amendment, only organizations could be designated as terrorist organizations," the statement said

The government said that it is committed for strengthening national security and its policy of zero tolerance to terrorism.

Those who have been named include Syed Mohammad Yusuf Shah alias Syed Salahudeen, Pakistan based, Supreme Commander of Hizb-ul-Mujahideen and Chairman, United Jihad Council (UJC) Involved in fund raising and routing finances to India for furtherance of terrorist activities by HM cadres.

Sajid Mir and Yusuf Muzammil, both Pakistan based Commander of LeT operations in Jammu & Kashmir and accused in the 26/11 Mumbai Terror attack. Abdur Rehman Makki, Brother-in-law of Hafiz Saeed, chief LeT and Head of LeT political affairs and served as Head of LeT's foreign relations department.

Farhatullah Ghori Pakistan based terrorist and was involved in attack on Akshardham Temple (2002) and Suicide attack on Task Force office in Hyderabad (2005).

Abdul Rauf Asghar, Pakistan based terrorist, involved in Setting up of training camps in Pakistan for recruitment and militant training and Key conspirator in the terrorist attack (13.12.2001) on the Indian Parliament House,Pakistan based terrorist, involved in the hijacking of the Indian Airlines Flight No. lC-814 on December 24, 1999, (Kandhar hijacking case) and also the key conspirator in the Indian Parliament terrorist attack (13.12.2001).

The agency has also names Chhota Shakeel, Pakistan-based Associates of Dawood Ibrahim, looks after all criminal and underworld operations of D-Company. Finances D-Company operatives of India. Involved in the smuggling of firearms to Gujarat, India, during 1993.

"These individuals are involved in various acts of terrorism from across the border and have been relentless in their nefarious efforts of destabilizing the country," said the MHA statement.

UAPA likely to be imposed against accused in Alappuzha political murders