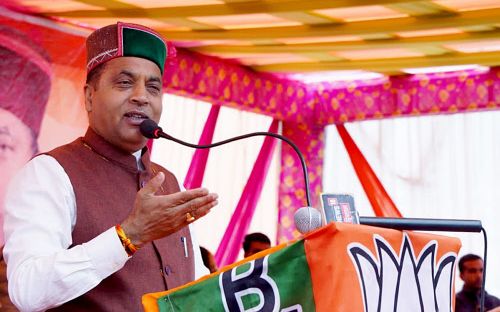 The governor has accepted his resignation, they said.

With the Congress set to cross the majority mark in the 68-member Himachal Pradesh Assembly, the chief minister earlier said he respected the mandate and was going to hand over his resignation to the governor.

In Himachal Pradesh, Congress won 39 of 68 seats, BJP at 26. Independents have won three seats and AAP failed to open its account in the state.

The Congress, which had not projected a Chief Ministerial candidate in the hill state, is planning a meeting its MLAs in Chandigarh with some of its leaders apprehending "poaching" attempts by BJP. PTI