Arguments erupt between parents and teacher, students asked to take off hijab in Karnataka 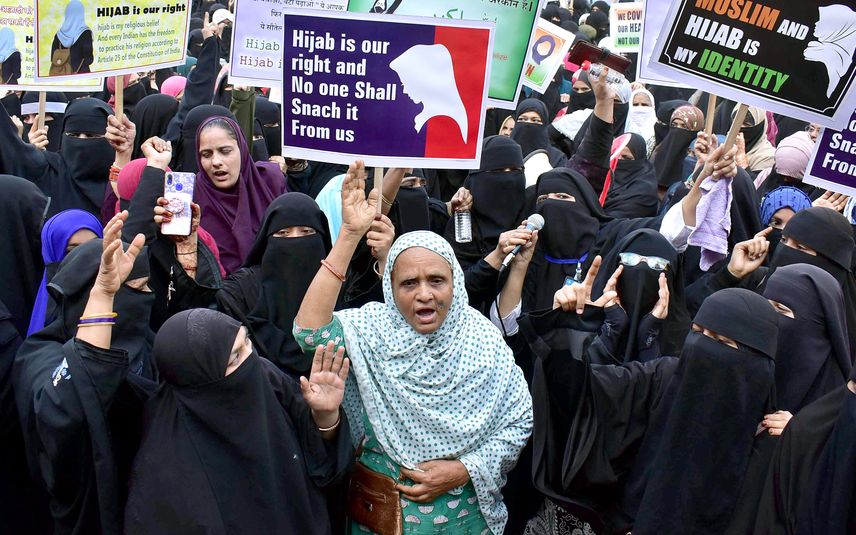 Mandya: Amid ongoing controversy over wearing hijab in classrooms, arguments between parents and a teacher erupted outside Rotary School in Karnataka's Mandya as she asked students to take off hijab before entering campus.

Asif, one of the parents, said the school administration is arguing with parents instead of allowing students in the classrooms.

"We are requesting the school administration to allow students in the classrooms. The students can take off hijab after entering the classrooms but the teachers are arguing with us," Asif said.

The schools for classes up to 10th standard re-opened on Monday in Karnataka.

A decision regarding PUCs, colleges and universities can be expected after a review of the situation in the State, Chief Minister Basavaraj Bommai has said.

Following this incident, students of different colleges arrived at Shanteshwar Education Trust in Vijayapura sporting saffron stoles. The situation was the same in several colleges in the Udupi district.

Meanwhile, Karnataka High Court also appealed to the student community and the public at large to maintain peace and tranquillity while hearing various pleas challenging a ban on wearing hijab in classrooms in the state.

The Karnataka High Court on Friday uploaded the interim order passed on the petitions challenging the hijab ban in colleges in the state. The hearing of the petitions will continue on February 14.