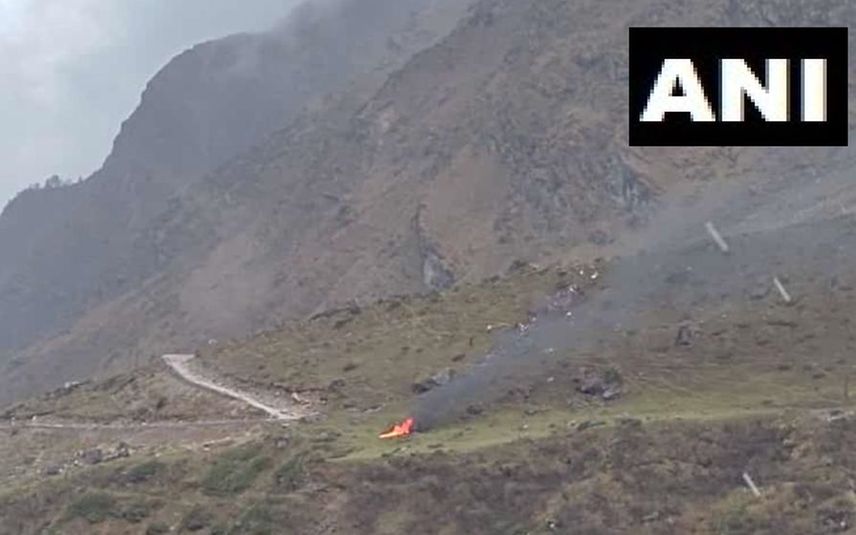 Rudraprayag (Uttarakhand): A helicopter ferrying pilgrims back from the Kedarnath temple crashed on Tuesday amid poor visibility, killing all seven people onboard.

"The helicopter crash in Kedarnath is extremely unfortunate. We are in touch with the state government to ascertain the magnitude of the loss, and are constantly monitoring the situation," he said in a tweet.

A senior civil aviation ministry official said the helicopter involved in the crash was operated by Aryan Aviation.

"According to the preliminary information, a Bell 407 helicopter VT-RPN crashed on the way from Kedarnath to Guptkashi, possibly due to bad weather," a senior official of the Directorate General of Civil Aviation said.