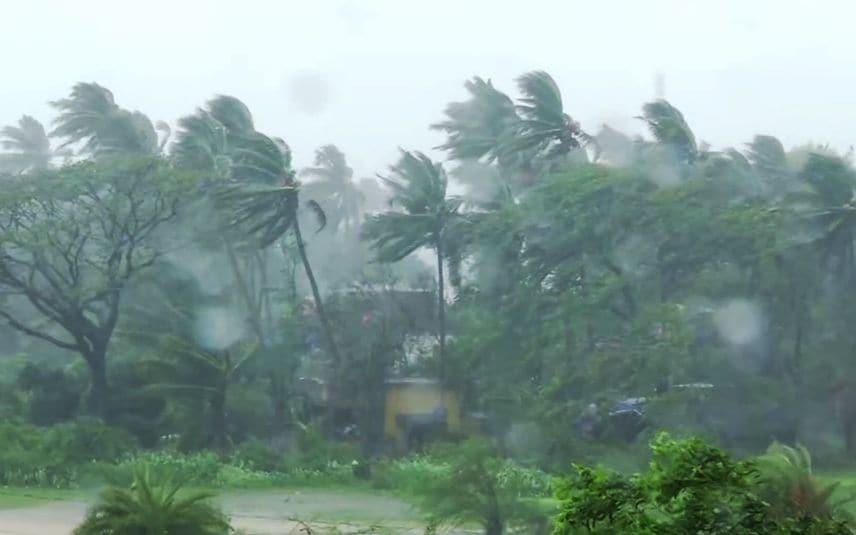 Bhubaneswar/Kolkata: The India Meteorological Department (IMD) on Sunday said heavy rainfall is likely to occur in West Bengal and Odisha till October 20 due to a low-pressure area formed over north Telangana and strong southeasterly wind from the Bay of Bengal.

It advised fishermen of the two states not to venture into the sea till Tuesday.

Under the influence of the low-pressure area, squally weather with surface wind speed reaching 40-50 kilometres per hour gusting to 60 kmph is very likely to prevail over the deep sea areas of North Bay of Bengal till October 19, the IMD said.

It warned of a rise in water level in rivers, waterlogging in low-lying areas and landslides in Darjeeling and Kalimpong districts of West Bengal due to the downpour.

In Odisha, which is already passing through a wet spell, the state government alerted the district authorities to keep a close watch on the situation.

Some of the southern districts of the state, including Howrah, Hooghly and East Medinipur, have recently experienced floods owing to downpour and overflowing rivers.

Bandopadhyay said the southern districts of the state were lashed by rain from Sunday, while North Bengal districts will experience enhanced rainfall from Monday.

Sources in the weather office of Bhubaneswar said rainfall occurred in parts of Sundergarh, Keonjhar, Mayurbhanj, Balasore, Bhadrak, Kendrapada and Jagatsinghpur since Saturday.

For Monday, the IMD forecast heavy rainfall and thunderstorm in districts such as Sundergarh, Keonjhar, Mayurbhanj, Balasore, Bhadrak and Jajpur.

The Special Relief Commissioner has directed all district collectors to monitor the situation.

LOW PRESSURE IN BAY OF BENGAL