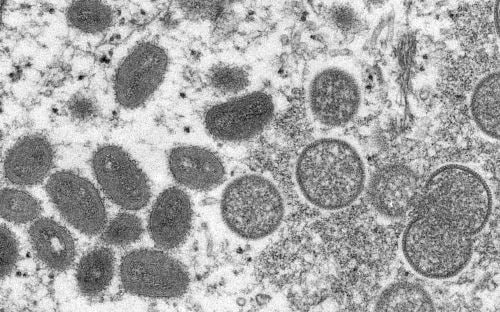 New Delhi: The Ministry of Health and Family Welfare on Friday releases guidelines for the management of monkeypox disease.

The general public has also been advised to visit the nearest health facility if one comes in close contact with monkeypox-affected person or an area with the affected persons or animals.

The Indian Council of Medical Research (ICMR) on Friday informed about 15 Virus Research & Diagnostic Laboratories across the country on a micro-blogging website.

"To help country's preparedness for Monkey Pox detection, 15 Virus Research & Diagnostic Laboratories across the country, which are geographically well distributed & strategically located, have already been trained in the diagnostic test by ICMR -NIV, Pune," tweeted the ICMR.

India reported its first monkeypox case with a traveller from the United Arab Emirates (UAE) who arrived in Kerala three days ago testing positive for the viral disease, on Thursday.

Union Health Ministry rushed a high-level multi-disciplinary team to Kerala to collaborate with the state health authorities in instituting public health measures in view of the confirmed case of monkeypox in Kollam district of Kerala.

Kerala Health Minister Veena George said, "A Monkeypox positive case has been reported. He is a traveller from UAE. He reached the state on July 12. He reached Trivandrum airport and all the steps are being taken as per the guidelines issued by WHO and ICMR."

Meanwhile, the Centre on Thursday wrote a letter to all the states and union territories, reiterating some of the key actions that are required to contain the spread of the disease.

The health secretary asked all the states and union territories to take key actions like orientation and regular re-orientation of all key stakeholders including health screening teams at points of entries (PoEs), disease surveillance teams, doctors working in hospitals about common signs and symptoms, differential diagnosis, case definitions for s for suspect/probable/confirmed cases and contacts, contact tracing and other surveillance activities that need to be undertaken following the detection of a case, testing, IPC protocols, clinical management etc.

He further asked to screen and test all suspect cases at points of entries and in the community."Patient isolation (until all lesions have resolved and scabs have completely fallen off), protection of ulcers, symptomatic and supportive therapies, continued monitoring and timely treatment of complications remain the key measures to prevent mortality," he said.

Bhushan said that the intensive risk communication directed at healthcare workers, identified sites in health facilities (such as skin, paediatric OPDs, immunization clinics, intervention sites identified by NACO etc.) as well as the general public about simple preventive strategies and the need for prompt reporting of cases needs to be undertaken.

The hospitals must be identified and adequate human resource and logistic support should be ensured at identified hospitals equipped to manage suspect/confirmed cases of Monkeypox.

As reported by WHO, since January 1, 2022 and as of June 22, 2022, a total of 3,413 laboratory-confirmed cases of Monkeypox and one death have been reported to WHO from 50 countries/territories.