The total number of COVID-19 cases in India has risen to 11,439 with 1,076 fresh cases reported in the last 24 hours while the death toll stands at 377, the ministry official said. 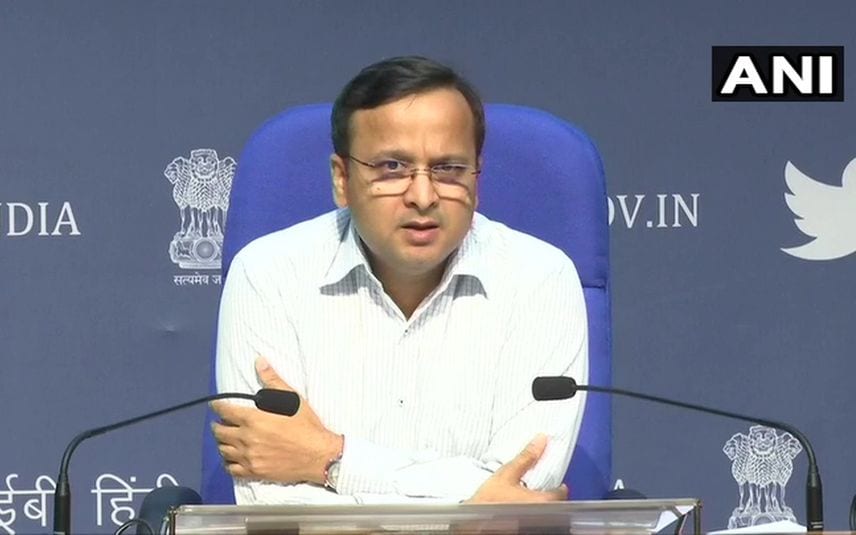 New Delhi: The Union Health Ministry has identified 170 districts as COVID-19 hotspots and 207 districts as potential hotspots, officials said on Wednesday, reiterating that there has been no community transmission of the disease in the country so far.

"Hotspots are those districts which are reporting more number of cases or where the rate of growth of COVID-19 cases is high," Agarwal said, adding a detailed direction has been issued to states stating consolidated efforts are required to utilise this period of lockdown to curb the spread of the virus.

"Cabinet secretary held a video conference today with all chief secretaries, DGPs, health secretaries, collectors, SPs, municipal commissioners and CMOs where hotspots were discussed and orientation on field level implementation of containment strategy was given.

The joint secretary said movement of people will not be allowed in containment zones except for those related with essential services and special teams will search for new cases and samples will be collected and tested as per sampling criteria.

The officials said that health facilities in buffer zone outside the containment zone will be oriented and people facing SARI and influenza-like symptoms will be tested there.

"Special teams have been formed which will work in containment zone and do contact tracing and house-to-house surveys. Cases of fever, cough and breathlessness will be identified in the survey and requisite action will be taken as per protocol," Agarwal said, adding that there has been no community transmissions so far but some local outbreaks.

The total number of COVID-19 cases in India has risen to 11,439 with 1,076 fresh cases reported in the last 24 hours while the death toll stands at 377, the ministry official said.