The CBI team did the mapping of the field where the crime happened on September 14 and also tried to ascertain who all were present and at how much distance. 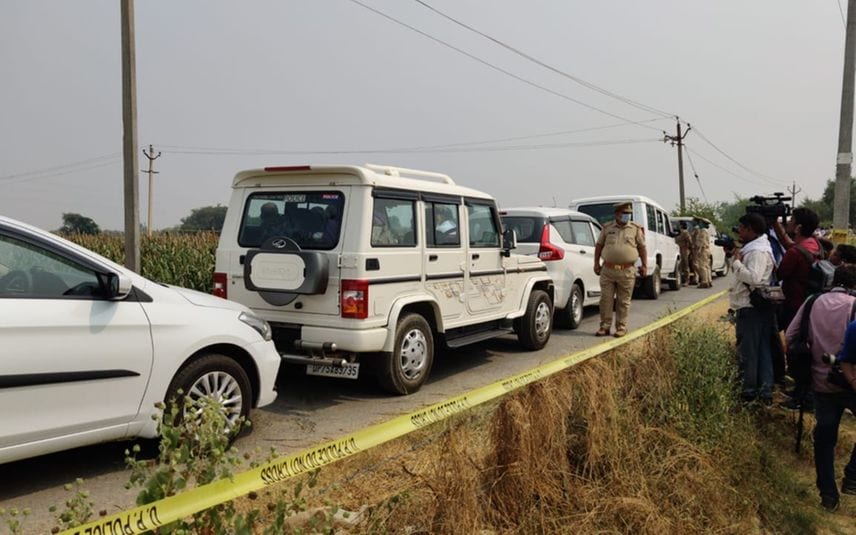 Hathras: A team of the Central Bureau of Investigation (CBI) probing the alleged gang rape and murder of 19-year-old Dalit woman on Tuesday visited the crime scene at the Boolgarhi village here and recorded the statements of her family members separately.

The CBI team also took her elder brother along with them to record his statement at the district agriculture office.

The CBI, which registered a case of alleged gang rape and murder of the Hathras victim on Sunday.

The CBI team then brought the mother and brother of the victim at the corn field where the alleged gang rape and attack took place on September 19.

According to sources, the CBI team first called the brother of the victim to the crime scene and tried to recreate the scene.

The CBI team did the mapping of the field where the crime happened on September 14 and also tried to ascertain who all were present and at how much distance.

The CBI team also tried to understand if the victim raised an alarm for help, and did anyone hear her voice and who saw the victim first in the farm field.

Earlier in the day, before the arrival of the CBI team, the mother of the victim was taken to hospital after she complained of uneasiness.

However, when she returned from hospital she was taken to the crime scene and the CBI team tried to reconstruct the scene on the basis of her statement.

The CBI team also got the videography of the entire sequence of the crime scene on the basis of the revelations made by the brother and the mother.

The CBI team also carried out search operations in the field where the crime took place for a few hours to find out if any evidence was left behind.

The CBI team stayed at the crime scene for more than two and half hours and then reached the spot where the body of the victim was cremated in the absence of family members.

The CBI team then once again called the brother of victim and the forensic team collected the ashes from the spot.

The CBI team also did the photography of the cremation spot and surrounding areas and then reached the house of the victim's family in the village.

After reaching the home of the victim's family, the CBI team recorded the statement of the family members separately.

After recording the statement of family members, the CBI team left the village along with the elder brother of the victim to further record his statement.

The CBI team, which has been camping in Hathras for the last two days after registering the case, has collected all case-related documents from the Uttar Pradesh Police. The team has also collected the medical records of the victim.

The CBI registered a case on Sunday under Sections 376D (gang rape), 307 (attempt to murder), 302 (murder) of the Indian Penal Code and the Scheduled Castes and Scheduled Tribes (Prevention of Atrocities) Act, a day after it received a central notification issued on a request by the Uttar Pradesh government.

The agency said that it had constituted a special team to probe the case, which led to widespread criticism of the state government after the victim was hurriedly cremated by Hathras police on the intervening night of September 29-30.

The woman died at a Delhi hospital on September 29, a day after she was rushed to Safdarjung Hospital from Aligarh's Jawaharlal Nehru Medical College as her condition deteriorated.