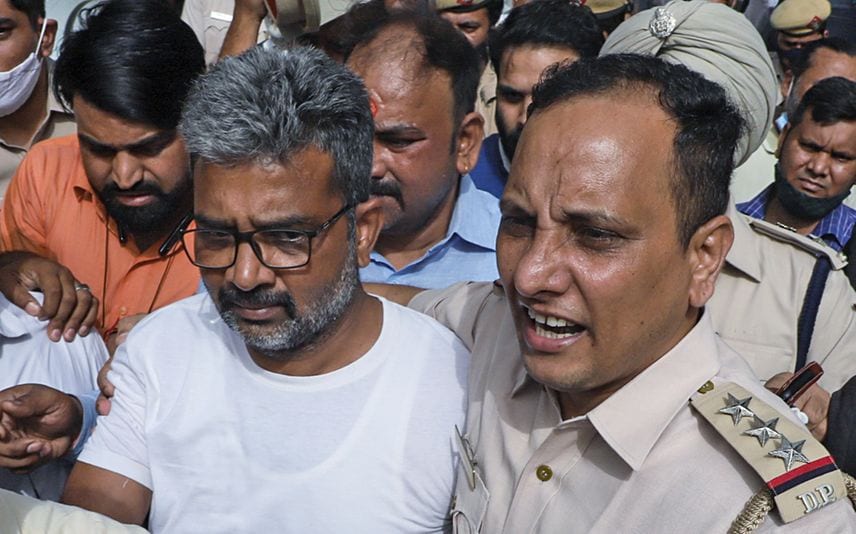 New Delhi: A city court on Saturday granted bail to Delhi University Associate Professor Ratan Lal, who was arrested a day earlier for his alleged objectionable social media post on claims of a 'Shivling' at the Gyanvapi mosque in Varanasi.

The court granted relief to Lal on furnishing a personal bond of Rs 50,000 and one surety of like amount.

Lal was arrested under Indian Penal Code sections 153A (promoting enmity between different groups on grounds of religion, race, place of birth, residence, language, etc., and doing acts prejudicial to maintenance of harmony) and 295A (deliberate act to outrage religious feelings of any class by insulting its religion) by the Delhi Police.

An FIR was lodged against Lal on Tuesday night based on a complaint filed by a Delhi-based lawyer.

In his complaint, advocate Vineet Jindal alleged that Lal had recently shared a "derogatory, inciting and provocating tweet on the Shivling".

Left-affiliated All India Students Association (AISA) activists on Saturday staged a protest outside Delhi University's Arts Faculty against the arrest of Lal, who teaches at the Hindu College. PTI