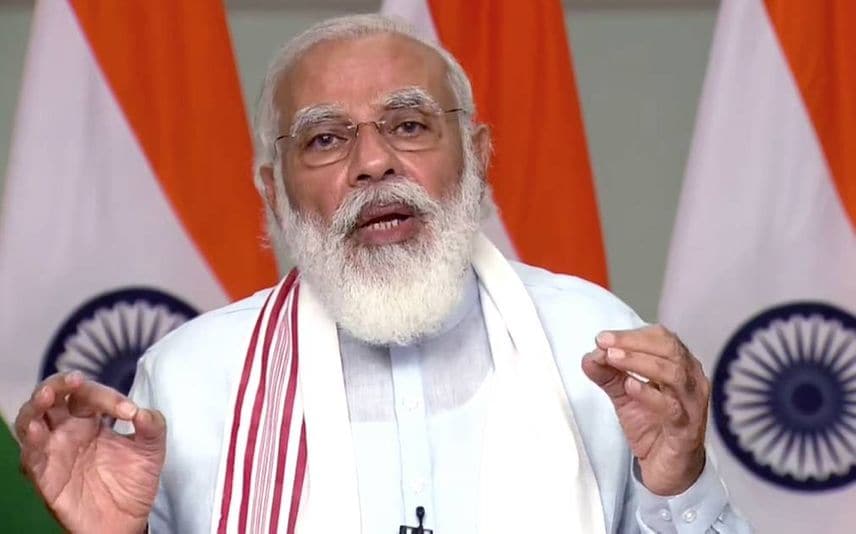 New Delhi: The Supreme Court on Friday upheld the Special Investigation Team's (SIT) clean chit to then Gujarat chief minister Narendra Modi and 63 others in the 2002 riots in the state and dismissed a plea by slain Congress leader Ehsan Jafri's wife Zakia Jafri.

A three-judge bench headed by Justice A M Khanwilkar upheld the magistrate's order rejecting Zakia Jafri's protest petition against the closure report filed by the SIT in 2012.

The bench, also comprising Justices Dinesh Maheshwari and C T Ravikumar,
said her plea is devoid of merit. She had alleged a larger conspiracy in the 2002 Gujarat riots.

Congress leader and former MP Ehsan Jafri was among the 68 people killed at Ahmedabad's Gulberg Society during violence on February 28, 2002, a day after the Godhra train burning. Zakia Jafri had challenged the SIT's clean chit to 64 people, including Modi who was Gujarat chief minister in 2002.

Her petition had challenged the high court's October 5, 2017 order rejecting her plea against the SIT decision.

On December 9 last year, the apex court had reserved its verdict on the plea.

Except for Zakia Jafri's petition, nobody had “raised a finger” against it for the probe conducted in the 2002 Gujarat riots, the SIT had said during the hearing in the top court.

Her counsel had earlier said her complaint of 2006 was that there was “a larger conspiracy where there was bureaucratic inaction, police complicity, hate speeches and unleashing of violence".

On February 27, 2002, 59 people were killed when the S-6 coach of Sabarmati Express was burnt at Godhra, triggering the riots in the state.

On February 8, 2012, the SIT filed a closure report giving a clean chit to now Prime Minister Modi and 63 others, including senior government officials, saying there was "no prosecutable evidence" against them.

Zakia Jafri filed a petition in the apex court in 2018. The plea also maintained that after the SIT gave a clean chit in its closure report before a trial judge, Zakia Jafri had filed a protest petition which was dismissed by the magistrate without considering "substantiated merits".

The high court in its October 2017 order had said the SIT probe was monitored by the Supreme Court.

However, it had partly allowed her petition as far as its demand for a further investigation was concerned, saying she can approach an appropriate forum, including the magistrate's court, a division bench of the high court, or the Supreme Court seeking further investigation. PTI