Goyal raises issue of public stockholding for food security, asks 'what is holding back WTO' 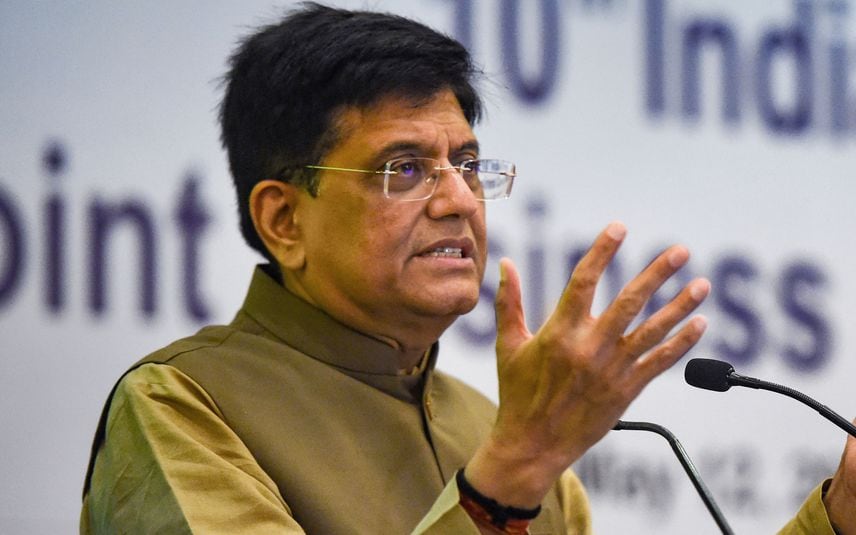 "WTO is an organisation for trade, but one should remember that before the trade, there comes hunger and one cannot tread the path of trade on an empty stomach," said Goyal.

Food security is one of the most critical issues under negotiation which has a direct impact on the lives of millions of people across the globe.

Agriculture is not just a source of livelihood for most of the farmers and farm workers in developing countries, it is also important for their food security, their nutrition and in a sense for developing nations and the people at large.

Many countries have been severely impacted due to the recent food crisis, both during COVID 19 and the current geopolitical situation.

"My friends from Egypt and Sri Lanka spoke about this yesterday, and we need to see if the draft declarations and decisions under consideration would help in improving food availability in their countries. In fact, these two Members have not agreed on the draft Food Security Declaration, but they have called for an immediate Permanent solution to the Public Stockholding issue," said the Indian minister.

Goyal further said that the world is in a situation, where the temporary declarations are not going to help the countries rather the Permanent Solution to Public Stock Holding, pending for more than 9 years, is not yet being taken up for closure.

"India has had an experience of transiting from a food deficient nation to a largely self-sufficient food nation. Our state support in the form of subsidies and other government interventions played a very important role to achieve this sufficiency, therefore we are fighting on behalf of all the developing countries including the LDCs collectively based on our own journey, our own experience," said Goyal.

"And look at the story so far, right from the Uruguay round where after 8 years of negotiations between 1985-86 and 1994 when the Marrakesh agreement was decided led to the establishment of WTO, agriculture always got a raw deal, imbalanced outcomes and those who were distorting markets by granting huge subsidies managed to secure their subsidies, which were prevalent at that point of time and deprived the other nations, the developing nations from their ability to grow and take prosperity to their people," he added.

He underscored that the rules of an agreement are largely suited to the developed countries, which work for their socio-economic situation already give higher entitlement to the developed world and the calculations under which the developed world is questioned are flawed based on certain situations prevailing 35 years ago and without any relevance to today's situation in either term of growth in prices, inflation, changing dynamics with absolutely no system of calibrating it over the years, we landed up freezing that at the 86 levels and today we are suffering the consequences of that.

"In my earlier intervention today, I alluded to this only to warn our other friends in the room that the same is sought to be done in fisheries again. The ministerial conference of December 11, 2013, decided, and I repeat 'decided' that the members had agreed to put in place an interim mechanism to negotiate an agreement for a permanent solution for adoption by the 11th ministerial conference. The process had been fixed. We all agreed on this, and in lieu of agreement on trade facilitation with the developed world were very keen to adopt. We compromised, agreed on their trade facilitation agreement and settled for a permanent solution for public stockholding," said Goyal.

"I am saying this out of agony because we are already in the 12th MC. It's a delayed MC, it is almost time for the 13th MC technically now and we are yet to finalise the permanent solution. I think it is possible to do it. We have very well-established and proven mechanisms available and documents are on the table which can be adopted and finalised. So that we can bring closure on this very important subject," he added.

Leading up to the MC 12, more than 80 countries have come together for taking the issue of Public Stockholding to a logical conclusion and directly addressing the food insecurity concerns.

It is ironic that the Agreement on Agriculture (AoA) provides considerable flexibility to the developed members to provide huge subsidies in the form of Aggregate Measure of Support (AMS) and further, to concentrate these subsidies on a few products, without limit, but the same flexibilities are not available to the majority of the developing countries including LDCs.

"The fear-mongering in the name of trade distortion by the latter's de minimis support entitlements is pointless," said Goyal.

There are vast differences in the actual per farmer domestic support being provided by different countries, as per the information notified to the WTO.

"Despite this, some Members have been pushing to deprive the low-income and resource-poor farmers of their already small share in state support," lamented Goyal.

"The special and differential treatment accorded to developing countries remains crucial for us and hence bringing it into the ambit of negotiations is just not acceptable," added Goyal.

India has always been proactive in extending food aid to vulnerable countries. On the proposal for providing exemption to the World Food Programme from export restrictions, India support such exemptions.

"We believe, we must also provide for G2G transactions so that we can truly ensure food security - both global and domestic, from a broader perspective, especially considering the fact that the World Food Programme has its own limitations of size, scale & funding," said Goyal.

He urged the members of the WTO to seriously reflect on this programme of a permanent solution to public stockholding being finalised at the MC 12, sending a message to the world that "we do care, we care for the poor, we care for the vulnerable, we care for food security, we care for a far more balanced & equitable future for the rest of the world." ANI