Her comments come against the backdrop of huge quantity of drugs being caught at Gujarat ports in recent months. Last week, 143 kilogram of drugs valuing about Rs 478 crore was seized in poll-bound Gujarat. 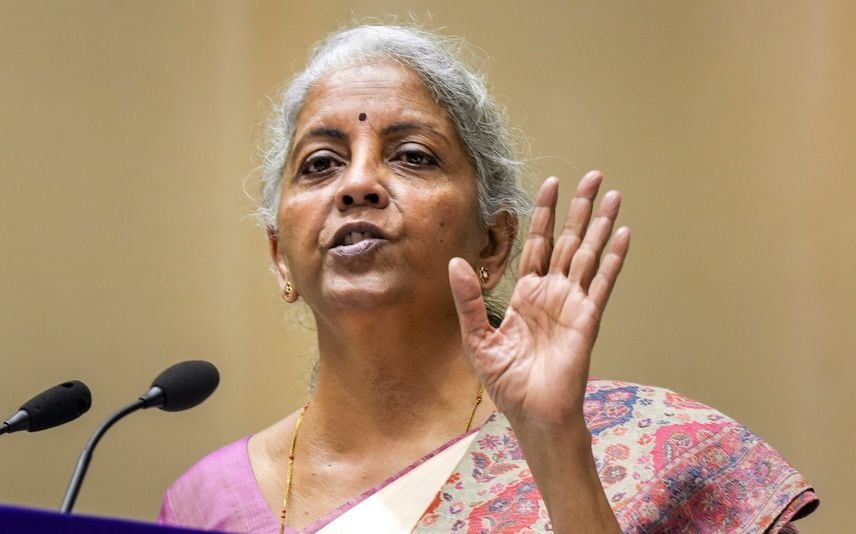 New Delhi: Finance Minister Nirmala Sitharaman on Monday asked enforcement agencies to go after 'big fish' and nab those global mafia who control the operation of sending 'mountains' of illegal drugs into the country.

The minister asked revenue intelligence officers to engage more with their international counterparts to book 'big handlers' working behind the scene, and ensure that smugglers do not outsmart authorities.

Revenue intelligence officers should strive to bring each case to its logical conclusion at the earliest possible time, she said, adding that smugglers would certainly leave a trail and that should be used to reach the main handlers who are actually behind the operation.

"You would make sure that you would not allow the smuggler to be smarter than you all... There is a need for us to work hard and to make sure the logical conclusion is not only for the fellow who was caught with a small sachet or a kilogram of cocaine, but who is sending mountains of it into this country, who actually can fund the mountain...," she said.

Her comments come against the backdrop of huge quantity of drugs being caught at Gujarat ports in recent months. Last week, 143 kilogram of drugs valuing about Rs 478 crore was seized in poll-bound Gujarat.

Sitharaman was addressing the 65th foundation day of Directorate of Revenue Intelligence (DRI), which is primarily involved in busting of illegal trade of narcotic drugs and psychotropic substances, gold, diamond counterfeit currency notes and other goods into the country, besides taking punitive action against the offenders.

Stating that the deterrent effect of these seizures is manifold, Sitharaman said crime syndicates are evolving at a fast pace and using novel ways of concealment of drugs and gold in commercial consignments of goods.

She said reports of seizure of drugs by DRI also raise questions in the minds of people like how many of those arrested went to prison, and who is actually the big fish behind it.

"You are catching the small fries, the peddlers, the traffickers, the mules. Is that sufficient? To gain public confidence that is not sufficient at all. Are you able to bring the big handlers of such matters who are behind the scene to face the law of the land?" Sitharaman said.

The minister also suggested that DRI officers build greater access to international cooperation, and greater global coordination for sharing of intelligence to reach main perpetrators of the crime.

"Unless at least in a few cases you are able to get those big fries who are actually behind these operations, the constant question which remains in the citizen's mind is who are the people who perpetrated it, which is the global mafia who actually controls this. Can there be a greater visible approach to bring them to the books to face the law and also be seen convicted," the minister said.

Sitharaman also asked the officers to find out whether India is a transit country or a consuming country when it comes to illegal narcotic drugs smuggling.

Referring to gold smuggling, she asked the intelligence officers to study if there is a pattern and relationship between imports and smuggling.

The minister also asked the DRI officers to use technology to detect crime but at the same time they should develop firewalls to protect their data and systems from hackers.

"The very same technology which comes as a tool for your functioning can also become a double-edged dagger... So make sure to protect the technology and systems on which you are relying," she said.

'Nothing will be sold off', Sitharaman counters Rahul on NMP

Technical glitches in IT portal to be sorted out soon:FM