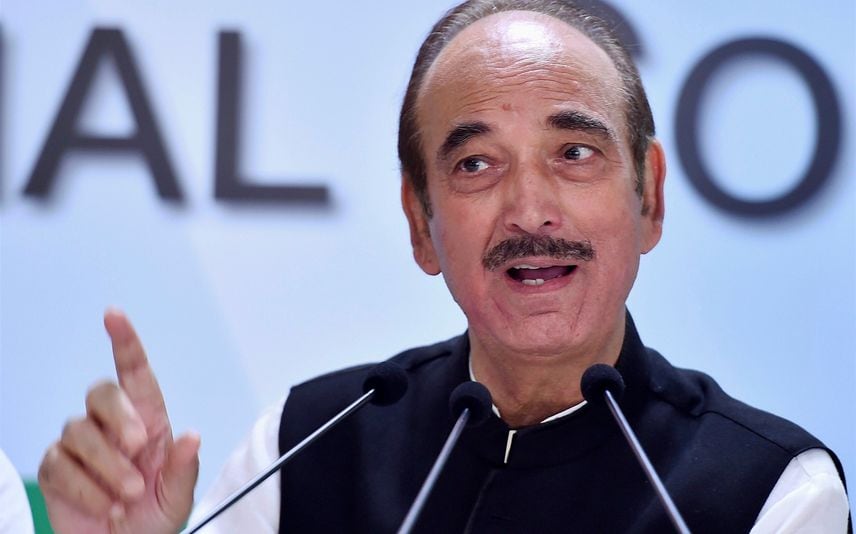 New Delhi: Senior Congress leader Ghulam Nabi Azad quit as J&K campaign committee head after being named by the party and has conveyed his decision to the party leadership, sources close to him said. However, there is no official word from both sides.

Azad's resignation has come to surprise for many in the party as it was considered that he was consulted in the key appointments and was active in party forums. He even took part in Congress Gaurav Yatra on Monday and had addressed a press conference when Sonia Gandhi was called to ED.

Azad has been upset since being ignored for Rajya Sabha after he retired as Leader of Opposition in the upper house.

He is one of the prominent leaders of the party G-23 group which demanded sweeping reforms in the party.

The issue has come on fore when the party is to begin process of electing new president.

The party has appointed the office bearers of J&K state unit, in which Vikar Rasul Wani was made the state president.

The post had fallen vacant after Ghulam Ahmad Mir stepped down as the JKPCC president. Wani is a loyalist of former Chief Minister Azad.