Galwan Valley incident will have serious impact on bilateral ties: India to China

In a telephonic conversation, External Affairs Minister Jaishankar conveyed to his Chinese counterpart Wang Wi that the Chinese action reflected an intent to change the facts on ground in violation of all agreements between the two countries to not change the status quo along the Line of Actual Control. 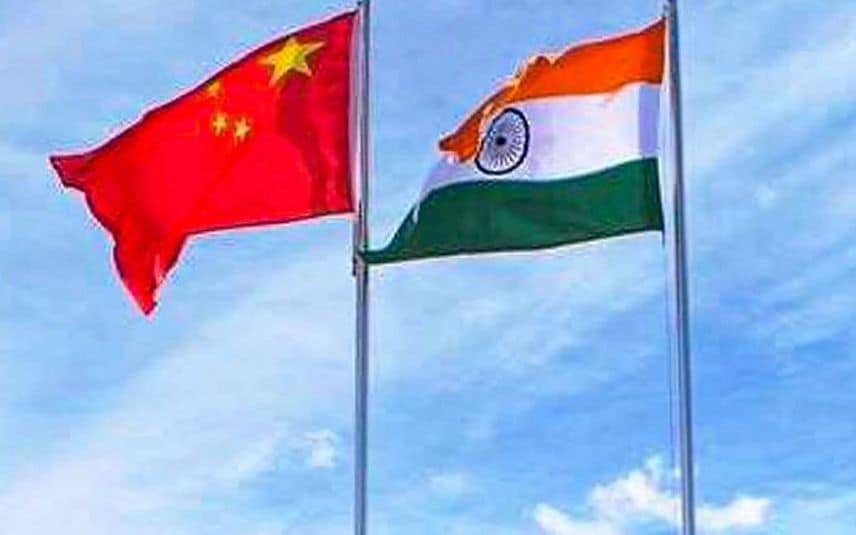 New Delhi: India on Wednesday delivered a strong message to China that the "unprecedented" incident in the Galwan Valley will have a "serious impact" on the bilateral relationship and held the "pre-meditated" action by Chinese army directly responsible for the violence that left 20 Indian Army personnel dead.

In a telephonic conversation, External Affairs Minister Jaishankar conveyed to his Chinese counterpart Wang Wi India's protest in the "strongest terms" and said the Chinese side should reassess its actions and take corrective steps, the Ministry of External Affairs said.

The Chinese Foreign Ministry, in a statement, said the two sides agreed to "cool down the situation on the ground as soon as possible", and maintain peace and tranquillity in the border area in accordance with the agreement reached so far between the two countries.

Jaishankar also told Wang that the Chinese action reflected an intent to change the facts on ground in violation of all agreements between the two countries to not change the status quo along the Line of Actual Control.

It was the first high-level engagement between the two sides after the standoff between the two armies began in eastern Ladakh on May 5 following a violent clash in the Pangong lake area.

The clash in Galwan Valley on Monday night is the biggest confrontation between the two militaries after their 1967 clashes in Nathu La in 1967 when India lost around 80 soldiers while over 300 Chinese army personnel were killed.

"The external affairs minister underlined that this unprecedented development will have a serious impact on the bilateral relationship. The need of the hour was for the Chinese side to reassess its actions and take corrective steps," the MEA said.

It said the external affairs minister also conveyed to Wang that the two sides should scrupulously and sincerely implement the understanding that was reached by at a meeting of the senior commanders of the two armies on June 6.

In the Lt Gen-level meeting, the two sides decided to disengage at Galwan Valley and other standoff points.

In the talks on Wednesday, the MEA said, it was agreed that the overall situation would be handled in a responsible manner, and both sides would implement the disengagement understanding of June 6 sincerely.

"Neither side would take any action to escalate matters and instead, ensure peace and tranquillity as per bilateral agreements and protocols," it added.

In the conversation, Jaishankar also conveyed to Wang that while there was some progress on the situation, the Chinese side sought to erect a structure in Galwan valley on the Indian side of the Line of Actual Control which became the source of dispute.

"While this became a source of dispute, the Chinese side took pre-meditated and planned action that was directly responsible for the resulting violence and casualties," the MEA said giving details of the conversation.

"The two sides should scrupulously and sincerely implement the understanding that was reached by the Senior Commanders on June 6," it said.

"Troops of both sides should also abide by the bilateral agreements and protocols. They should strictly respect and observe the line of actual control and should not take any unilateral action to alter it," the MEA said.

The two armies were engaged in a standoff in Galwan and several other areas of the eastern Ladakh since May 5 when the two sides clashed on the bank of the Pangong Tso.

After the standoff began, the Indian military leadership decided that Indian troops will adopt a firm approach in dealing with the aggressive posturing by the Chinese troops in all disputed areas of Pangong Tso, Galwan Valley, Demchok and Daulat Beg Oldie.

The Chinese Army has been gradually ramping up its strategic reserves in its rear bases near the LAC by rushing in artillery guns, infantry combat vehicles and heavy military equipment.

The trigger for the face-off was China's stiff opposition to India laying a key road in the Finger area around the Pangong Tso Lake besides construction of another road connecting the Darbuk-Shayok-Daulat Beg Oldie road in Galwan Valley.

The road in the Finger area in Pangong Tso is considered crucial for India to carry out patrols. India has already decided not to stall any border infrastructure projects in eastern Ladakh in view of Chinese protests.

The situation in the area deteriorated after around 250 Chinese and Indian soldiers were engaged in a violent face-off on May 5 and 6. The incident in Pangong Tso was followed by a similar incident in north Sikkim on May 9.

Prior to the clashes, both sides have been asserting that pending the final resolution of the boundary issue, it is necessary to maintain peace and tranquillity in the border areas.