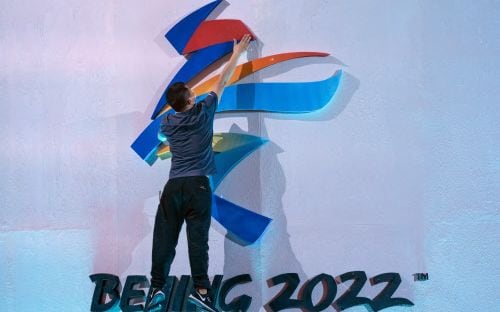 The announcement came shortly after the Indian government decided that its envoy will not attend the opening or closing ceremony of the 2022 Winter Olympics as China has chosen a military commander involved in the Galwan Valley clashes as its torchbearer for the mega sporting event.

"Consequent to the announcement by @meaindia, @ddsportschannel will not telecast live the opening and closing ceremonies of the Winter Olympics being held in Beijing," Vempati tweeted.

China on Wednesday fielded Qi Fabao, the regimental commander of the People's Liberation Army (PLA), who was injured during the June 2020 border skirmish with Indian soldiers in the Galwan Valley in eastern Ladakh, as a torchbearer for the Games Torch Relay.

The eastern Ladakh border row escalated after the Galwan Valley clashes on June 15, 2020.

Twenty Indian Army personnel laid down their lives in the clashes that marked the most serious military conflicts between the two sides in decades.

In February last year, China officially acknowledged that five Chinese military officers and soldiers were killed in the clashes with the Indian Army though it is widely believed that the death toll was higher. PTI