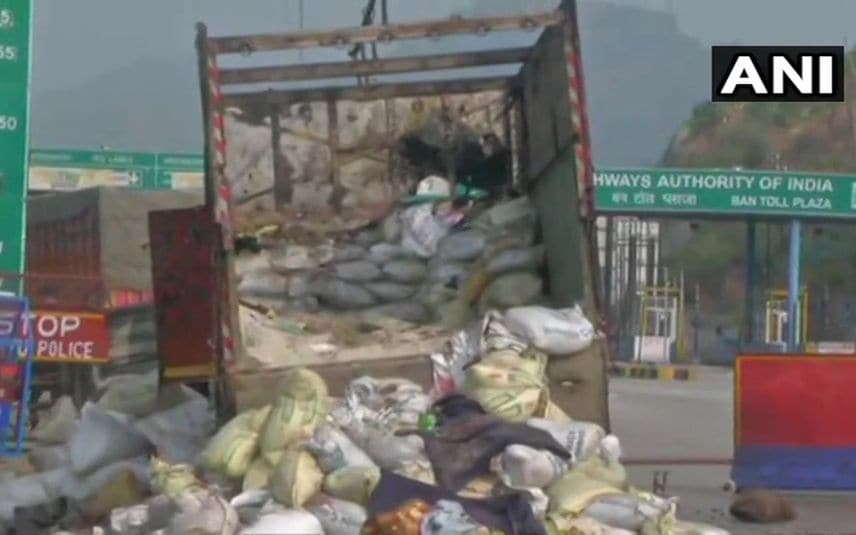 Four terrorists neutralised by the security forces, one Police constable injured in the operation | Photo: ANI

Jammu: Four suspected Jaish-e-Mohammed terrorists were killed in an encounter with security forces on the Jammu-Srinagar national highway on the outskirts of Jammu city early on Thursday, officials said.

The slain terrorists were carrying a huge cache of arms, ammunition and had come to execute a big plan: IGP, Jammu, Mukesh Singh said.

The encounter started after a vehicle, in which the terrorists were travelling, was intercepted by security forces personnel near the Ban toll plaza of Nagrota on the highway. PTI

ENCOUNTER IN JAMMU AND KASHMIR

Encounter breaks out between terrorists and security forces in Srinagar