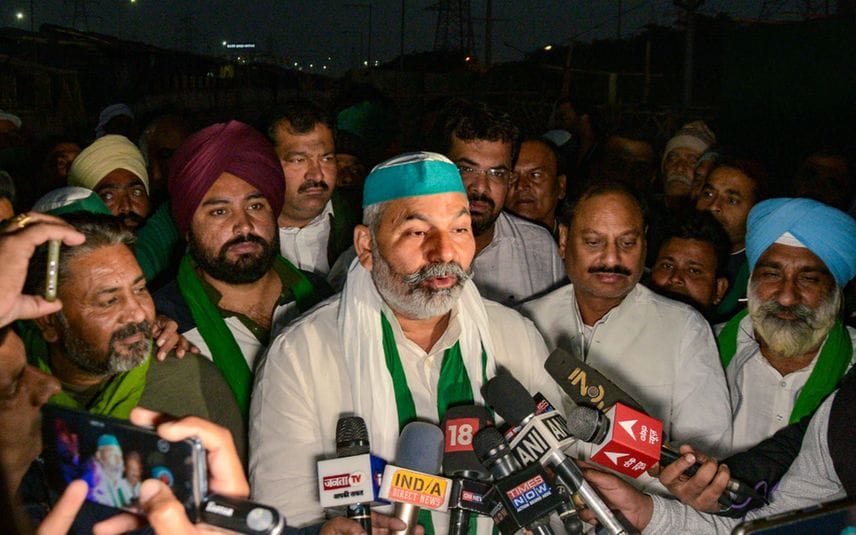 New Delhi: The protesting farmer unions have reached a consensus on the future course of the agitation as nearly all their demands have been met, but a formal announcement of the decision will be made on Wednesday, farmer leader Kulwant Singh Sandhu said on Tuesday.

"Nearly all demands raised by us have been met.... Letter (from government with assurances on farmers' demands) has been received. A consensus has been reached, the final decision will be announced tomorrow," Sandhu told reporters after a meeting of the Samyukta Kisan Morcha (SKM), an umbrella body of over 40 farmers' unions.

Meanwhile, Rakesh Tikait said that the farmers have not decided to end the protest. "Most of the offers were made long back by the government. We will not return to our homes till they are realised."

Another farmer leader and SKM member said the agitation is likely to be called off on Wednesday as there have been some positive responses from the government side on the farmers' demands. However, a final decision will be announced after another meeting of SKM on Wednesday.

The SKM, which has been spearheading the agitation, formed a five-member panel on Saturday to hold talks with the government on the pending demands of the protesting farmers, including a legal guarantee on the minimum support price (MSP) of crops, compensation to the kin of the farmers who died during the agitation against three agriculture laws and the withdrawal of cases against the protesters. (PTI)

With the launch of the 'Har Ghar Tiranga' ...