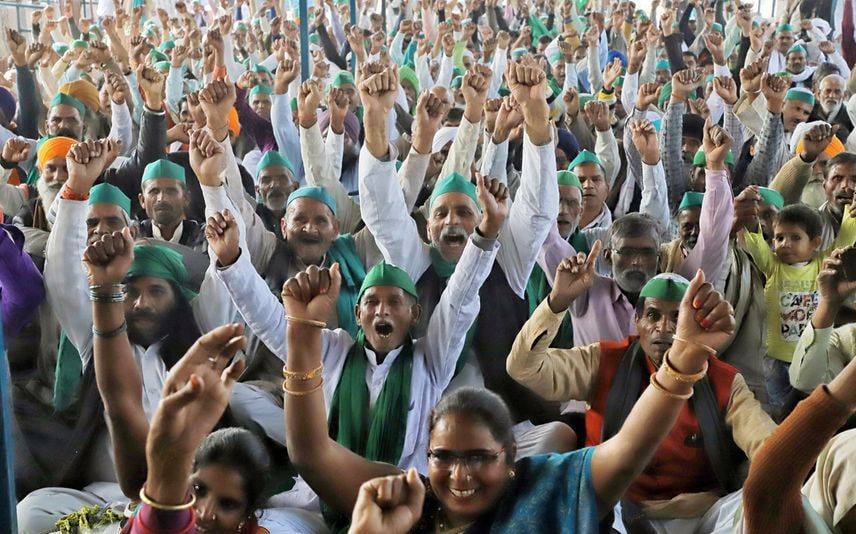 New Delhi: The farmers organisations have ended their over year-long agitation after the Centre on Thursday handed over a revised proposal as demanded. This was announced by the Samyukta Kisan Morcha at Singhu border on Thursday.

The farmers have said, they will vacate the Delhi borders on Saturday and will meet on January 15.

Soon after the Centre's revised proposal came, the Samyukta Kisan Morcha, the umbrella body of the farmers' union spearheading the protests, huddled into a meeting to chart out future course of action.

Following the revocation of the law, the Centre had come up with a proposal which was accepted by the farmers. Based on their demand, the Centre has come out with the same in writing.

Meanwhile, the farmers protesting at the Singhu border have started removing their tents. They were also seen exchanging sweets.