Expert panel on freebies: EC welcomes SC suggestion, but does not want to be part of it 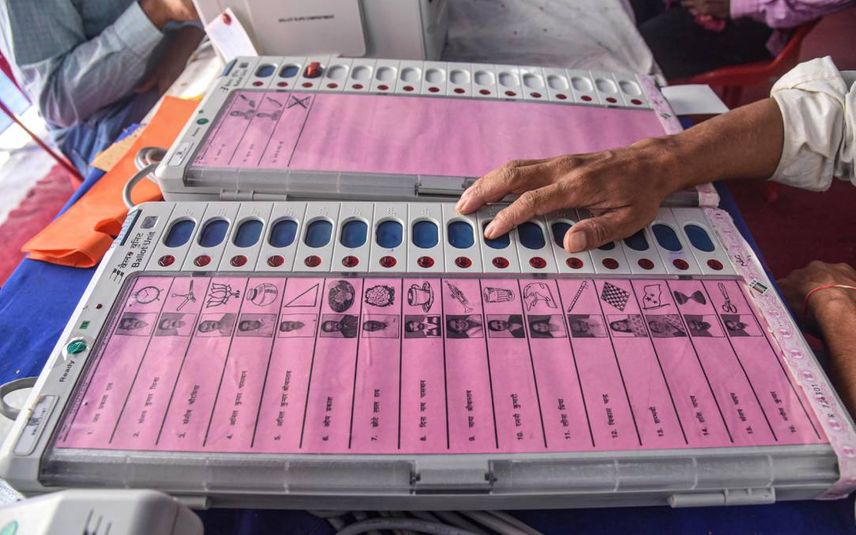 New Delhi: The Election Commission Wednesday told the Supreme Court that it welcomed the suggestion of setting up an expert panel to brainstorm the issue of freebies announced during elections, but it being a “constitutional authority,” be not made part of it which may have some government bodies.

The poll panel also referred to the reported strong oral observations of the top court against it during the last hearing on the PIL on the issue, saying they have “caused irreparable damage to the reputation of this institution built over the years”.

The PIL opposes the practice of political parties promising freebies during elections and seeks the Election Commission to invoke its powers to freeze their election symbols and cancel their registration.

A bench comprising Chief Justice N V Ramana and Justices Krishna Murari and Hima Kohli, on August 3, had asked stakeholders like the Centre, Niti Aayog, Finance Commission, and the RBI, to brainstorm on the "serious" issue of freebies and put forth “constructive suggestions” to tackle it.

It also rapped the poll panel by saying that this situation had arisen since the poll body did not take a stand.

“The answering Respondent (EC) with the utmost respect for this Hon'ble Court submits that the oral observations made by this Court against ... during the previous hearing in the matter and which came to be widely reported in media, has caused irreparable damage to the reputation of this institution built over the years. This reputational damage of this magnitude does not augur well for the country which is relatively younger but the largest and stable democracy,” the affidavit of the poll panel said.

The poll panel, which has been following the apex court judgement in letter and spirit and yet was portrayed in a light that made this institution appear “non-serious in tackling the menace of offering freebies”, said the reply affidavit filed by Vinay Kumar Pandey, Director (Law) Election Commission.

It also referred to the apex court's 2013 order in which it had declined to interfere with the schemes under which goods like TVs, laptops, and mixers-grinders were given free of cost in Tamil Nadu by the government.

The poll panel said that it “welcomes setting up of any such expert body, having representation from a wide spectrum of the government and non-governmental bodies, concerned regulatory planning, policy research institutions, political parties, domain experts... etc “.

"It may not be appropriate for the Commission, being the Constitutional Authority to offer to be part of the Expert Committee especially if there are Ministries or Government Bodies in the expert body. Further, there are continuous elections in the country and any opinion/view/comment during deliberations in a multi-member body might, in the event of being publicized, amount to pre-decide the issue and disturb the level playing field," it said.

It also said that there is no “precise definition” of the term ‘freebies' in the existing legal or policy framework and furthermore, it is more difficult to define the term ‘irrational freebies' as both are subjective and open to interpretation.

Freebies can have a different impact on society, economy, and equity depending upon the situation, context, and time period, it said, adding “For instance, during natural disasters/pandemic, providing life-saving medicines, food, funds, etc may be a life and economic savior but in normal times, the same could be termed as freebies.”

The poll panel suggested that to take a “holistic and comprehensive view” of the matter of freebies that have the potential to influence the level-playing field during the electoral process, a broader appreciation of and due weightage to the multiple factors was needed.

"These, inter alia, include nature and contours of promise, its coverage universal or to a class justified on the touchstone of reasonable classification, prevailing context, specific situation in an area, time of declaration, etc," it said.

On August 3, the top court hinted that it may order setting up a mechanism for suggesting measures to the government to deal with the issue.

“The Election Commission and the government cannot say that we cannot do anything about this. They have to consider the issue and give suggestions,” the bench had said.

The Centre, through Solicitor General Tushar Mehta, had supported the PIL and said, "The freebies distribution inevitably leads to future economic disaster and the voters also cannot exercise their right to choose as an informed, wise decision.”

The bench would not hear the case on Thursday. Earlier on July 26, too, the bench had termed as "serious" the promise of "irrational freebies" made by political parties during elections and wondered why the Centre was hesitant about taking a stand on the issue.

The top court had on January 25 sought replies from the Centre and the Election Commission on the PIL, filed by lawyer and BJP leader Ashwini Upadhyay, seeking direction to seize the symbol or deregister a political party that promises or distributes "irrational freebies" before polls, saying it is a "serious issue" as sometimes “freebie budget is going beyond regular budget”. PTI