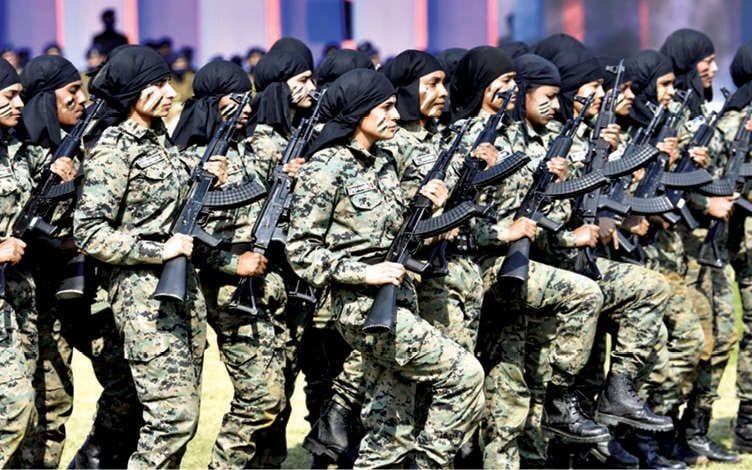 The Central Reserve Police Force (CRPF) has raised its first-ever contingent of 32 women commandos in its VIP security wing and they will now be tasked to guard its protectees, based in Delhi, who receive the top Z+ cover.

Sources said these women commandos have just completed their 10-week training in rendering VIP security duties, unarmed combat, body frisking and special weapons firing, and will now be deployed on the ground sometime in January.

Initially, the women commandos will be deployed with its Z+ category protectees based in Delhi like Union Home Minister Amit Shah, the first family of Congress that includes party president Sonia Gandhi, her children Priyanka Gandhi Vadra and Rahul Gandhi, and former prime minister Manmohan Singh as well as his wife Gursharan Kaur, they said.

These protectees also are provided with an advanced security liaison protocol due to their high-risk profile.

About a dozen other Z+ category CRPF protectees will have this women commando contingent on a rotational basis, sources said.

The women commandos will be deployed as part of the house protection team of these VIPs and they will also accompany the personalities, if required, during the forthcoming assembly polls in five states of Uttar Pradesh, Punjab, Uttarakhand, Manipur and Goa.

These commandos, when deployed for house protection, will frisk female visitors and will be part of the overall security detail of the VIP's house during tours. They will provide proximate security to the protectee, especially in the case of Sonia Gandhi and Priyanka Gandhi, sources said.

The women commandos, like their male counterparts, will carry arms, ballistic protection and other gadgets as required on the job.

The Assembly polls in the five states are expected to be held in February-March next year and a hectic political campaign is expected in the run-up to the elections with politicians, party leaders and ministers making whirlwind tours.

New Delhi: The Karnataka government promulgated an ordinance to give effect to the Anti-Conversion Bill on Thursday.The Karnataka Protection of Right to ..

Lucknow: The Allahabad High Court on Thursday dismissed a plea seeking a ''fact-finding inquiry'' into the history of the Taj Mahal and the "opening of ..

New Delhi: After a series of electoral defeats and internal challenges, the Congress' three-day brainstorming conclave in Udaipur, starting on Friday, ..

Thiruvananthapuram: The state cabinet recommended the release of Chandran alias Manichan, prime accused in the deadly Kalluvathukkal hooch tragedy that ..