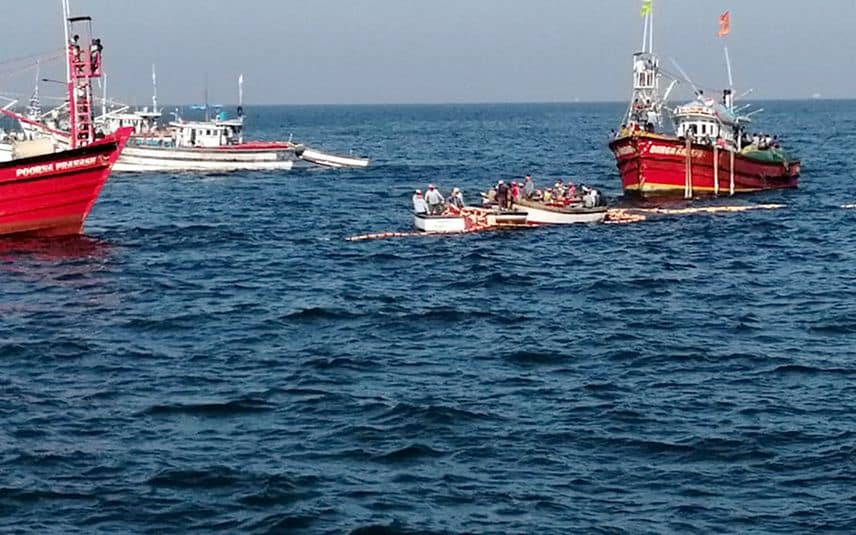 Chennai: With the arrival of eight more Sri Lankan nationals at Tamil Nadu's Dhanushkodi on Tuesday, the number of refugees who have fled from the island nation after the economic crisis erupted there has crossed 100.

Kamalarani 43, from Jaffna's Velvettithurai, and her two sons and a daughter, Lavendran (25) of Velvettithurai, his wife Sasikala (24), their one and half year old child, and Vijayakanth (33) of Chettikulam in Vavuniya district reached Dhanushkodi in an illegal boat ride from Arichalmunai.

Police from Mandapam station reached the spot after local fishermen informed them of the illegal immigrants and took them to the police station. The refugees informed the police that skyrocketing inflation in the island nation has resulted in their fleeing from that country as they were not in a position to sustain themselves there.

They informed police that they had to wait for five to six days to get cooking gas or kerosene and there were no medicines in government hospitals for the sick.

All were later lodged in the Mandapam camp. With the arrival of these eight people, the number of refugees who have touched the Indian shores has reached 104.

Of those who arrived by illegal ferry, 73-year-old Parameswari died in the Rajaji Hospital, Madurai on Saturday night due to medical issues and exhaustion. Her final rites were carried out in Tiruchi refugee camp on Sunday.