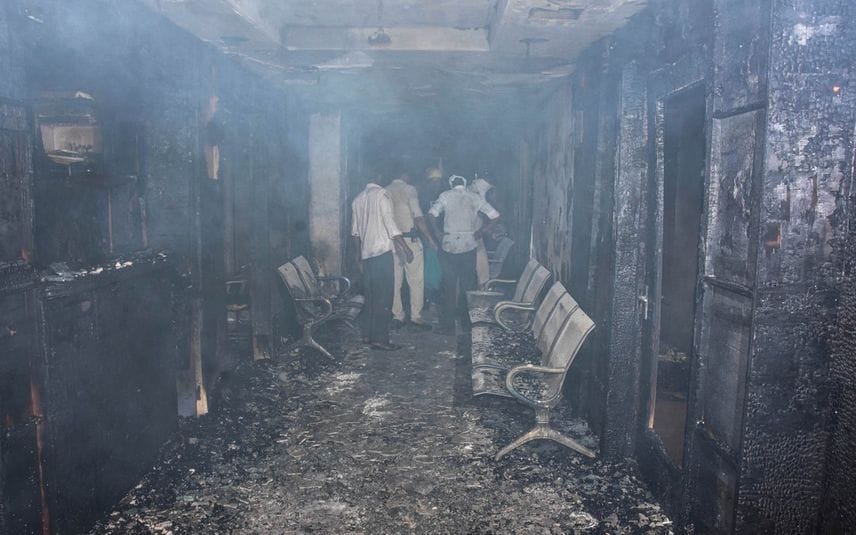 Police and fire personnel ispect after a major fire broke out at the Life Multispeciality Hospital at Damoh Naka, in Jabalpur. Photo: PTI

Jabalpur (MP): Eight people were killed and nine others injured in a major fire that broke out at a private hospital here on Monday, an official said.

Jabalpur Collector Dr Ilayaraja T said a rescue operation was on at the hospital to evacuate patients.

Jabalpur police control room spokesman Ravindra Singh confirmed the death of eight people and injuries to nine others in the blaze.

However, it was not immediately clear if the deceased included patients.

The fire erupted at New Life Multi-speciality Hospital near Damoh Naka under the Gohalpur police station area of Jabalpur in the afternoon, Superintendent of Police (SP) Siddharth Bahuguna told PTI.

Prima facie it appears an electrical short circuit caused the blaze, he said.