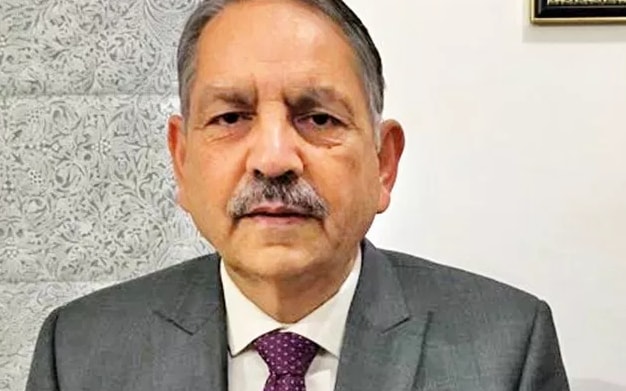 New Delhi: The Union government on Thursday gave a fresh one-year extension in service to ED director Sanjay Kumar Mishra, according to an official order.

This is the overall the third extension given to the officer.

The latest order issued by the Personnel Ministry said the 1984-batch Indian Revenue Service (IRS) officer will be in office till November 18, 2023.

Mishra, 62, was first appointed director of the Enforcement Directorate (ED) for a stipulated period of two years by an order on November 19, 2018.

Later, by an order dated November 13, 2020, the central government modified the appointment letter retrospectively and his two-year term was replaced by three years.

The government last year brought an ordinance mandating that the tenure of the directors of ED and Central Bureau of Investigation (CBI) can be extended by up to three years after the mandated term of two years.

Mishra was subsequently given a one-year extension then, his second.

"The Appointments Committee of the Cabinet has approved extension in tenure of Shri Sanjay Kumar Mishra, IRS (IT:84006) as Director of Enforcement in the Enforcement Directorate for a period of one year beyond 18.11.2022, ie up to 18.11.2023 or until further orders, whichever is earlier," the Thursday order said.

The government had told the Supreme Court few months ago that Mishra's tenure was extended in public interest as various cases are at a crucial juncture and for their proper and expeditious disposal, it is important to ensure continuity of officers.

The finance ministry informed the top court through an affidavit that a freshly appointed person may take time to take stock and acclimatise to the working of the new organisation.

The affidavit was submitted in response to PILs filed by political leaders challenging the extension of tenure of the chief and the amended law allowing such extensions up to five years.

The apex court had on September 8 dismissed a plea challenging retrospective change in the 2018 appointment order of Mishra as the ED director, saying a reasonable period of extension can be granted to facilitate completion of ongoing investigations.

The top court had made it clear, however, that extension of tenure of officers who have attained the age of superannuation should be done in "rare and exceptional cases".

It had also made clear that no further extension can be given to Mishra as the ED director.

Under Mishra's tenure, the ED has launched probe against a number of high-profile people and politicians, including the Congress' first family members Sonia Gandhi, her son Rahul Gandhi and daughter Priyanka Gandhi Vadra's husband Robert Vadra.

The agency also got deported VVIP choppers case accused and alleged middlemen Christian Michel and Rajiv Saxena, besides getting the extradition of fugitives like Vijay Mallya, Nirav Modi and arms dealer Sanjay Bhandari approved during his tenure.

The ED functions under the Union Finance Ministry and it enforces criminal provisions of the Prevention of Money Laundering Act, the Fugitive Economic Offenders Act that was brought by the Modi government in 2018, and the civil sections of the Foreign Exchange Management Act.

Indian Railway brings back joy to 2-yr-old kid by reuniting him with his ...